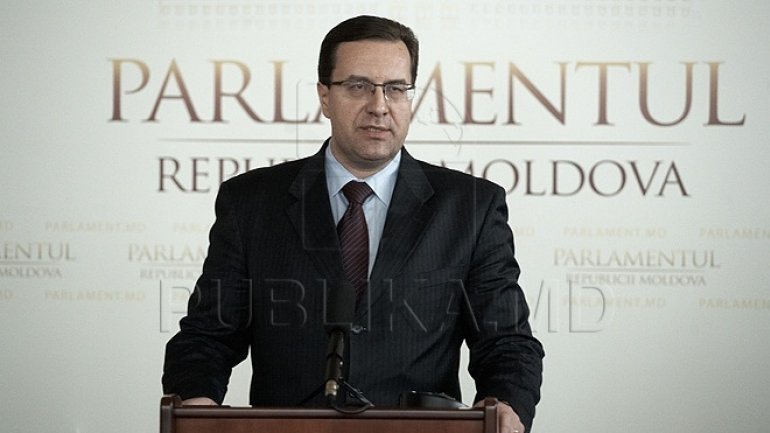 Marian Lupu's decision to submit his mandate as president of the Democratic Party is a rational and balanced one, and not an act of courage. The Democratic politician will remain in the team and will be involved the new party projects. The statements belong to Marian Lupu made during the "Fabrika" talk show.

Marian Lupu spoke about party's priorities for the next two years:

"Main party's priorities are to ensure a closer relation of the parliament to the people, accountability, but also what's important to say is the possibilities of people to withdrawal the deputies from parliament if they don't do their thing right. There are several ideas that should be considered and that surely will mark the next period up to the 2018 elections. "

Marian Lupu announced that he will devote more time to the Euronest Parliamentary Assembly, after holding the position of co-chair.

"It's a position that I insisted on coming with new visions, new methods, actions that are important for Moldova. Nobody in this office has not proposed what I proposed myself" , said the Democrat.

At the end of the program, the politician congratulated his colleagues from the Social Democratic Party, which won parliamentary elections in Romania.

Marian Lupu also spoke about the support that they have given our country:

"Colleagues from PSD party in Romania in my opinion, my personal opinion, were always present, and not with beautiful statements to hunt votes, but rather than actions. Smurd's decision to extend their activity, Iasi-Chisinau-Ungheni pipeline, buses for schools and financial help, real actions of our colleagues".

Marian Lupu was elected president of the Democratic Party in July 2009. On November 23rd he was elected co-chairman of the Euronest Parliamentary Assembly.
AFLĂ imediat Știrile Publika.MD. Intră pe Telegram