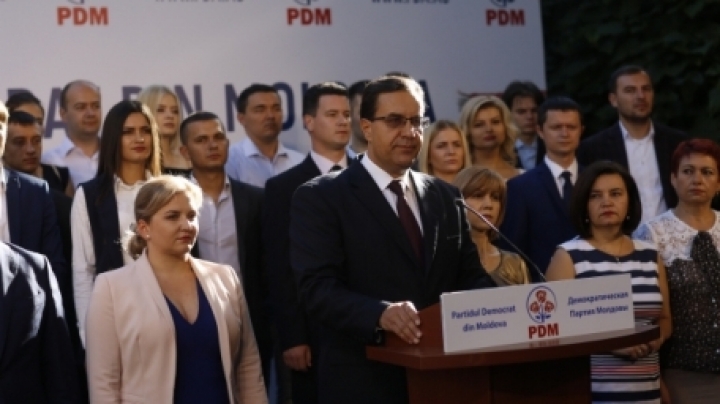 "Moldova's indisputable priority is European integration. And the authorities have an obligation to promote the European project and to increase efforts to modernize the country. This will help at increasing people's welfare" , says Democratic Party of Moldova candidate for the presidential elections, party leader, Marian Lupu.

"European Project for Moldova is our main priority. It is the ultimate way to modernize the country in all areas. The Democratic Party has supported and guaranteed Moldova's European course in the past seven years. Big steps were made and bigger ones await us towards European integration" , said Democratic candidate for president of the country.

Marian Lupu has referred to the priorities of internal order, to be promoted by the authorities:

"And it is our obligation to triple our efforts to increase prosperity, Moldova's economy and creating jobs. Ensuring social conditions for families in our country. In particular I refer to women and children. Destruction of  corruption, modernization of administration country and the public services for citizens at all levels. The power to meet these objectives lies in the stability and government effectiveness"

Democratic party of Moldova candidate for the position of head of state said he would start consultations with citizens, but also with foreign officials to promote Moldova's European integration objective.

"In the month of official electoral campaign, I will continue meeting to talk to people here at home, but I will plead Moldova's cause to all leaders of Europe and the world, for our country to receive support as high as our foreign partners" , said Marian Lupu.

Marian Lupu said that he believes in Moldova and its future, expressing also the pride of being a Moldovan citizen: "I believe in Moldova, I always believed, I'm proud to live here, am proud to have an established family here, Moldovans are worthy of all respect."

PUBLIKA.MD mentions that the Democratic Party of Moldova, Marian Lupu, the candidate of the party for the presidential elections of October 30. The announcement was made yesterday by the National Political Council of the party.