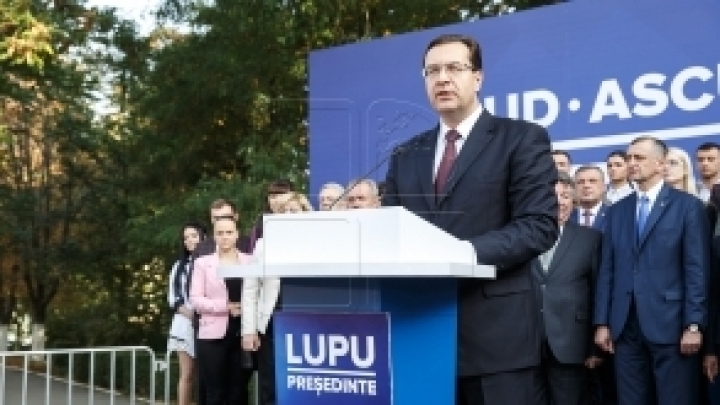 Marian Lupu is an economist by profession and understands very well that the future of Moldova is next to the West. But for this we have to work," said Ghenadie Munteanu, farmer.

"I believe that in our country there is a person who differs much from others through his intellect, the experience he has and his skills. This person is Marian Lupu," said president of the League of Democratic Students of Moldova State University, Alina Alexei.

At the launching event, Marian Lupu came with his wife, Victoria Lupu. Also the father of PDM candidate, Professor Ilie Lupu, came to support him.