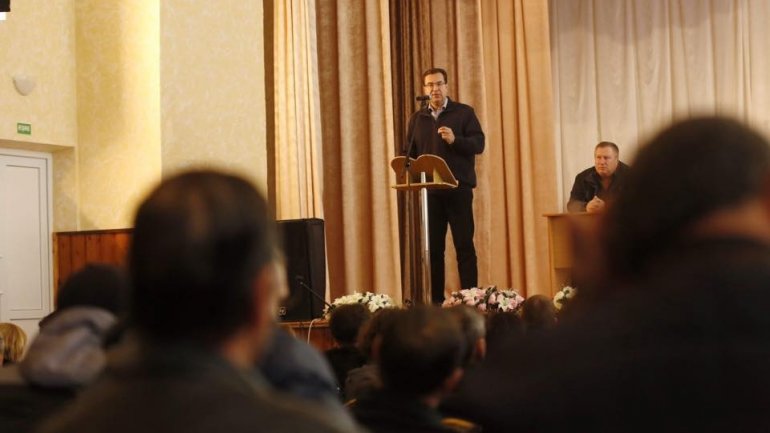 Marian Lupu is firmly for the sovereignty and territorial integrity of Moldova. During a meeting with the residents of Slobozia-Dusca village, Criuleni district, the democratic candidate declared that the statehood of our country is not a temporary project. According to the PDM leader, the political forces waiting for the dismembering of Moldova are going against their ownation.

"I was always in favor of sovereignty, independence of Moldova. I cannot see another country project than this one and the integration in the European Union as a sovereign and independent state. Economy, investments, workplaces, leaving abroad, these are the real dangers for the sovereignty of the country" declared Marian Lupu.

The PDM candidate for president also referred to the possible administrative-territorial reforms:

"If the number of districts will decrease from 32 to 28 or 27, it won't be a problem. We have to bring everything to a homogeneous level. Here are districts with 60-70 localities, and others with 4 or 8".

În other context, the farmers from Slobozia-Dusca appreciated the PDM efforts to increase the Subvention Fund for Agriculture in the following years:

"It is clear that is discussed about the real increase of the subvention fund and are looking for the sources from which the fund will be increased".

"Being an economic agent, I also received subventions for orchards, I have a very intensive orchard. We are glad and thankful for this support from European funds."

"În the future the agricultors will have additional money to open new businesses. I mean to plant new orchards, vineyards, to manufacture refrigerators."

In 2016, from the state budget were given 900 million lei for the subvention fund of agriculture.