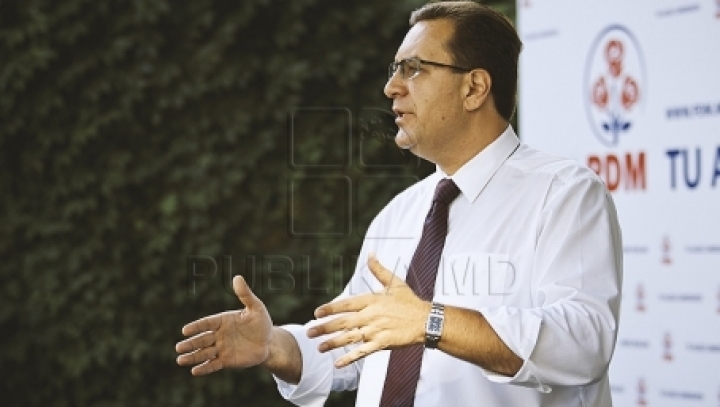 The young people must be supported with money by the government to start businesses. At his rallies with voters, the presidential candidate of the Democratic Party (PDM), Marian Lupu, talked with locals from Orhei about his project of developing small and medium-sized enterprises. The PDM leader maintains the key sectors wherein significant investments should be made shall be commerce and agriculture.

The PDM runner for presidency says half of the amount needed by young people to start a business could be covered by the government.

"The younger ones have will and ability, but often they don’t have the money. My commitment is to re-start and substantially enhance the budget of the Pare 1+1 program. For each euro invested by a Moldovan, th second euro shall be free," Marian Lupu said.

At a meeting with the employees from Orhei-Gaz, Marian Lupu said that over 2,500 jobs will be created in the Orhei district in 2017. An international company has already started to build factory manufacturing car cables, in the district.

"I personally participated in taking this decision, with my colleagues, and a branch of the Bălţi free business zone will be opened in Orhei. One negotiated with a big German investor with Japanese capital named SUMITOMO. 2,500 new jobs," he specified.

The locals say they trust the presidential candidate of the PDM.

He also talked about reforming the higher education and healthcare systems.