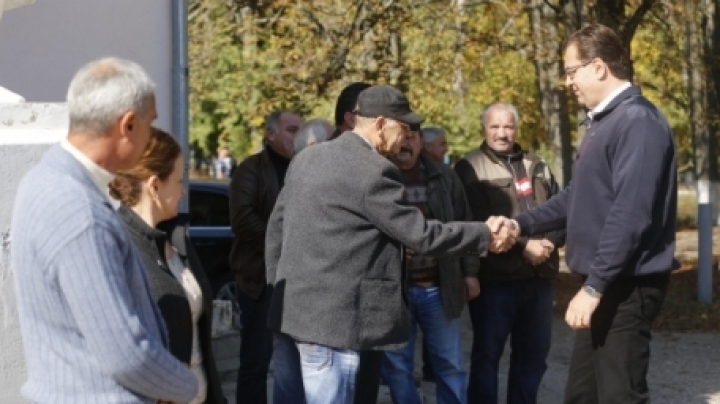 The retiring age will be kept both for men and women, as the inequities in the pensioning system will be removed. The assurance comes from the Democratic Party’s (PDM) candidate for presidency, Marian Lupu, who met people in Drochia district. Earlier, also the Filip Cabinet has announced the sector needed to be reformed.

"I will guarantee that the present pensioning age won’t change: 57 for women and 62 for men. Balancing the system is expected: the same rules for everyone, regardless of status and job," he said.

At a meeting with civil servants in Drochia town, the PDM leader talked about attracting investments in the country: "Most of and the largest industrial companies have European investments, as a president should ease these processes. The more investments we’ll have, the bigger the wages."

Marian Lupu also met with the people from Pelinia village, which is considered Moldova’s the biggest with a population of 8,000.