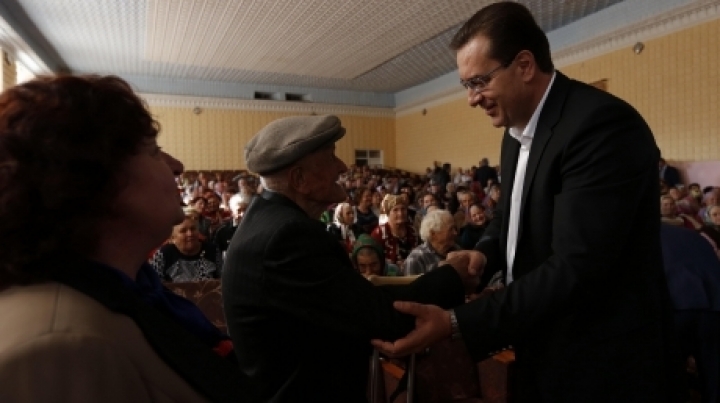 Larger pensions, a decent and safer old age. That is what Marian Lupu, Democratic Party candidate for President, promised during a meeting with elders from Leova town.

The event was held at the Culture Village in Filipeni village, on the ocassion of the International Day of Older Persons.

The event was attended by over 200 people. On the occasion of the International Day of the Elderly, Marian Lupu congratulated those present, wishing them health and long life.

'' I wish you peace, tranquility, prosperity, understanding, only joy from children and grandchildren, good health and many more" , said PDM president Marian Lupu.

The meeting participants discussed the current problems they face, such as low pensions, lack of jobs and young people leaving the country.

The hosts were satisfied with the answers.

"Marian Lupu had a very cocrete speech. He pleaded for peace, for our children's future for families. These are the true values that a president must promote."

'' Mr. Lupu is a deservedly candidate, because it has a viewfinder credibility, sincerity and simple, simple humanity. "

"We live with the hope that it is already time for older people who haven't had a beautiful childhood, went through war, hunger, through deportations to live a better life today" said ONPE President, Nina Ţurcanu.

Democratic Party Chairman promised to take account of these wishes when will promote initiatives as head of state.