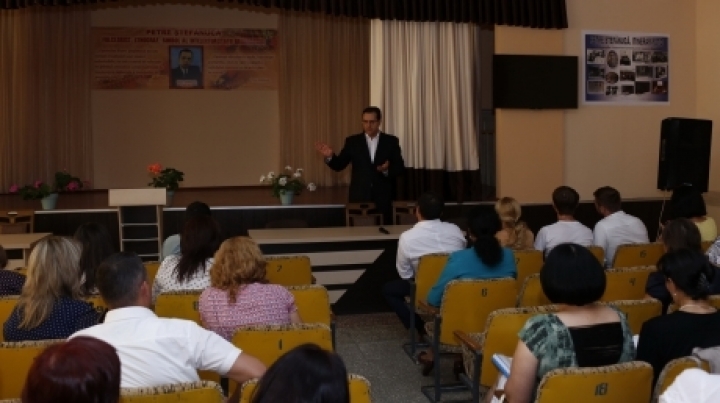 "Implementation of the Association Agreement with the European Union is the only right way for the development of Moldova. If we go forward on this path, we will have in Moldova a developed economy for young people to find better paid jobs here and schools and hospitals with modern facilities." This was the message from the PDM leader to Winery employees  in Mileştii Miici village, Ialoveni district where the "European Caravan" reached today.

Asked about the impact of the implementation of the Association Agreement with the EU, which is in force for two years, Marian Lupu said that direct results are already visible: our exports to the EU market increased and more Moldovan factories are opened, including winery in Milestii Mici that live from exports to the European Union.

About the benefits of European integration he discussed with the teaching staff at "Petre Stefanuca" High School in Ialoveni.

Marian Lupu reiterated that the promised EU funding will increase in the future.

"The Romanian Government has unlocked the loan for Moldova, and the first tranche of money has come into the country. These are signs of confidence in Moldova, signs that we are on the right way. Thanks to the support of the Europe we'll be able to do more things for the infrastructure: more paved roads, many social institutions renovated several networks of water and gas" , added the leader of the PDM.

Democrats have proposed to publicize the benefits of integration in the framework of the campaign "Together we are stronger", held in all districts of the country during  all the month of September.