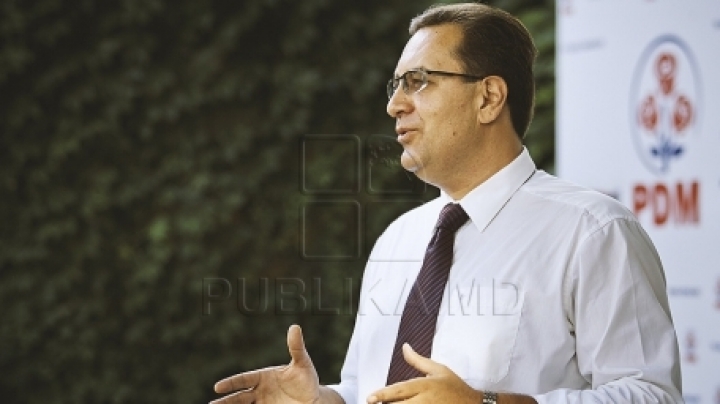 Many young people across the country are fighting these days for the 'Democracy Trophy'. The competitions reached the fourth edition and are held in Invance village, Orhei district.  The competition involved lectures and political debates, and the Democratic Party leadership has congratulated the participants on the occasion of Independence Day.

Members of the youth organization of the Democratic Party said that "Trophy Democracy" enables them to acquire knowledge that will be useful in the future:

"I am delighted to be part of this team with young and ambitious people, who want only country's prosperity."

"It is a pleasant experience, an complicated experience but full of positive, political emotions".

"We have a quarter of a century, a young age, full of insights, as we are all young democrats from Briceni to Cahul."

The Democratic Party of Moldova leader, Marian Lupu, said that "Trophy Democracy" is a school for future politicians.

"This 'Democracy Trophy' is a very good school, a school for training both professional and political, civi training. I am sure the youth team of the Democratic Party is the strongest, most well prepared" , said Marian Lupu.

The head of the legislative, Adrian Candu and honorary chairman, Dumitru Diacov congratulated the young democrats on the occasion of Independence Day.

"Your participation, dedication means a lot. The fact that you are a team that stays together means a lot. Just like that the party will grow and one day you will be in power" , said Parliament Speaker Andrian Candu.

"I urge you to be more, I call you to be just as active as we are today, to work for the tomorrow of the country. Long live Republic of Moldova" , said honorary chairman Dumitru Diacov.

The event ended with a concert by Australian singer Faydee.