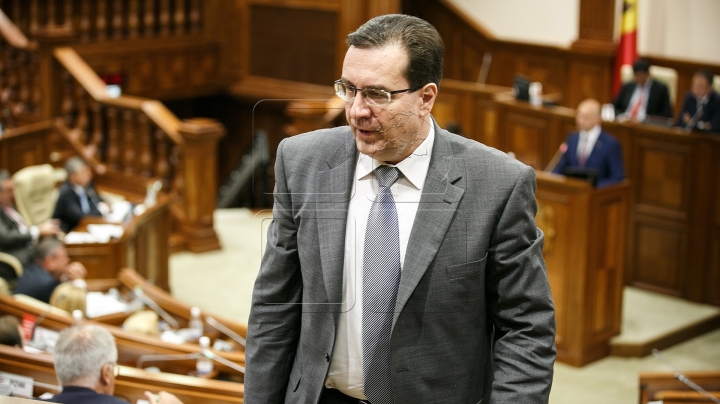 Today in the Parliament was debated the censure motion against the Government.

It was initiated last week by the socialists, who made an alliance with the liberal-democratic deputies and some communists.

Marian Lupu declared that he supports the actual Government and criticized this motion.

“The way people discuss is not honoring anyone in this hall. Since we are talking about the authority of institutions, this is formed by people representing them, in this case us. The way we are behaving is seen by people, and I am sure that they are not looking in the best way.

Today’s discussion and the censure motion wasn’t accidental. Everything was calculated. Today’s discussions demonstrated that not the Government activity was targeted. Most probably were aimed other objectives.

I think that this motion is like a coin with two sides, we have to see the positive side. You have heard the prime minister’s speech, he is not a person avid for cheap PR, is not a vain, arrogant person, he is a person who came to work.

I confirm the prime minister’s words. The Government is the team who should not use the governmental platform for political PR or party interests, it has to solve the most important problems which preoccupies citizens.

For this was formed a mobilization ambiance, because the prime minister is the person who has to look for solutions.

We will support the actual cabinet of ministers.

It is a radicalization and a popularization based on fear, hate and lack of information in this country. Moldova has to look for its strategic interests” said the leader of Democratic Party, Marian Lupu.