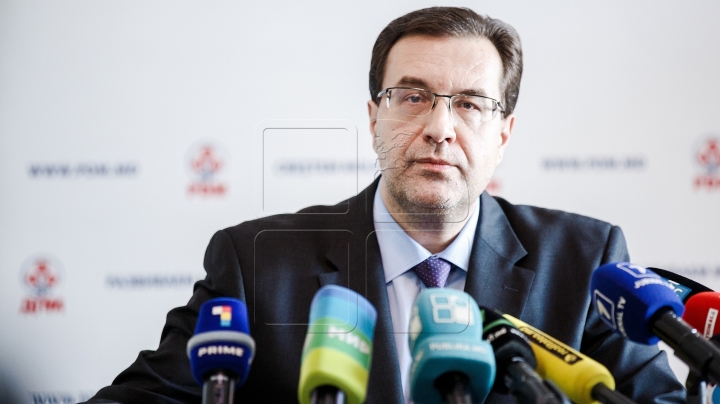 President of the Democratic Party of Moldova, Marian Lupu, has attended on 1 and 2 July 2016 the Meeting of the Socialist International (SI) Council, that took place in Geneva, as deputy president of the organization.

At the event were present leaders of SI member parties from over 80 states, representatives of world institutions and forums.

On the agenda of the Council three main subjects: strengthening the political and humanitarian response to current international crises, defending and securing democracy: supporting the struggle for rights and freedoms where they are under threat, and the need for an economy that works for all - defeating inequality in the world economy.

In the speech at Geneva, the PDM leader has explained the reason the SI member parties give enhanced attention to the inequality problem and talked about the need of joint efforts in order to ensure a better society, a righteous distribution of resources and an equal access to public services.

"We need regulations in international commercial exchange in order to ensure a correct global trade, in which the needs of smaller countries and the ones with a weak economy should be taken into consideration. PDM is conscious of the need of taking out the inequality, and the biggest emergency for Moldova is the fight against poverty. Fighting against poverty, we can indirectly obtain results in solving the social inequalities" said Marian Lupu.

The PDM president also mentioned the role of informational technologies on economic development and the need, stressing that the technological innovations have to be available to the majority of the population, thus contributing to the increase of the opportunities of increasing the revenues and the global cut-back of inequalities”.

The SI Council has adopted declarations on basic subjects discussed, and also regarding the recent terrorist attack in Istanbul and regarding the situation in countries of Latin America, Africa, Asia and Europe. There have also been heard the report of the General Secretary Luis Ayala and the reports of the Ethics and Financial Committees. At the end of the event were adopted the Resolution and Declaration of the Council.

Also Marian Lupu had a series of meetings and bilateral discussions to many social-democratic colleagues present at the Council. Particularly, the PDM leader has discussed with Elio Di Rupo, the former prime minister of Belgium and the president of the Belgian Socialist Party, with the former Parliament speaker of Finland, Eero Heinäluoma, with the SI president, George Papandreou, and the SI General Secretary, Luis Ayala, regarding the necessity of finding solutions for strengthening the international political institutions.

The Democratic Party of Moldova is represented in the Socialist International at deputy president level, position which Marian Lupu has after he received the vote of confidence at the SI Congress in 2012, at Cape Town, South Africa. Also the PDM is present in various committees and commissions of SI, to which meetings they attend regularly, giving their share to the development of the international community, to solving world, national and regional problems, and to promote social-democratic values.