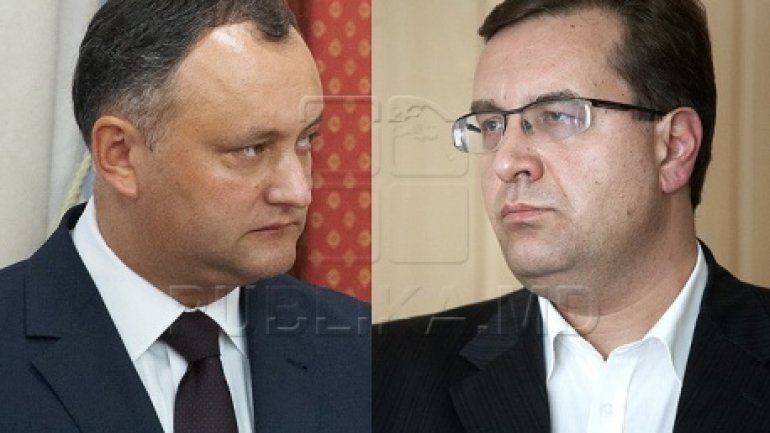 Those who oppose European integration reforms are attempting the destabilization the Moldovan statehood. The statement was made by Democratic presidential candidate, Marian Lupu, at the debates where his opponent, Igor Dodon was also present. The talks were dominated by the PDM leader, who spoke about the importance of strengthening relations with the EU and ensure economic stability in the country.

In the debate, the Socialists' leader reiterated his goal to cancel Association Agreement with the EU if he wins the presidential elections:

"European Integration and Association Agreement are destructive to Moldova. We need to have parliamentary elections" , said Igor Dodon.

"European integration represents investment and stability. Continuing this course, which provides, first, economic development, investment, new jobs, agricultural development and human capital, is a reliable source for investment in the private and public sector. I have the training for the office of President, together with PDM team we will reach this goal" , said Marian Lupu.

"I signed this election race to meet three objectives - to change the power, to protect citizens and save the country" , said the Socialist leader.

"I listened carefully to my opponent. Citizens must know that statements about quitting European course, about integration into the Customs Union are ideas that strike primarily the sovereignty, independence and statehood of the Republic of Moldova", said the leader of PDM, Marian Lupu .

This was the first televised debate between Marian Lupu and Igor Dodon, candidates who, according to most polls, will compete in the second round of the presidential election.
AFLĂ imediat Știrile Publika.MD. Intră pe Telegram