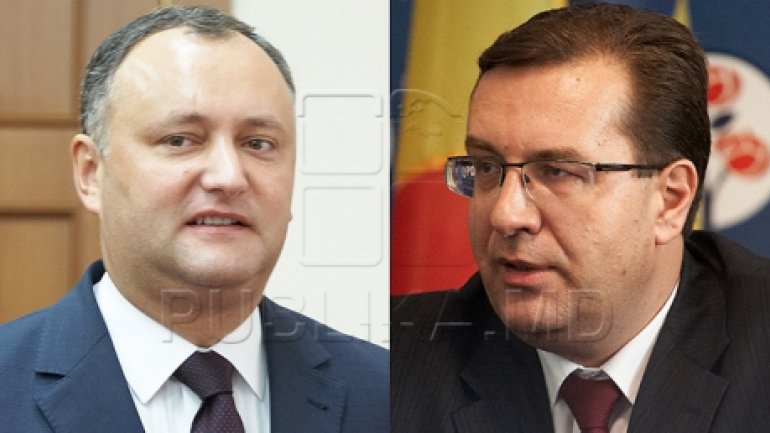 The candidates for president who have the best chance to reach the second round are Marian Lupu and Igor Dodon. This is the opinion of "Fabrika" talk show guests. That's because both teams were involved in the campaign and get their message from the primary source to the ears of  citizens.

"It could be the main duel to the public. If we refer to a smaller problem, Maia Sandu has manifested only critical yet. It is better to have a very critical view, but as president or as somebody who wants to achieve something and promote something this is not enough" , said journalist Valeriu Renita.

"The one and the other have behind something important, the political force. Admitting that Maia Sandu goes well in this campaign, which political force will support if she becomes President? From the point of view of forces, sure PDM and PSRM are more compelling" , said Corneliu Ciurea, a political analyst.

The guests of "Fabrika" talk show said the vector of Moldova's pro-European should not be given up on, especially since there have been many things in this regard. Moreover, the future president should not be the other side, because you have to have a good cooperation with Parliament and the Government.

"Igor Dodon feels free, convinced that he will pass in the second round of presidential election. What will be cooperation strategy further for the benefit of citizens when one is there, one beyond the communication with Parliament, the Government, approval legislation. How to move on when someone sees it differently?" , said mayor of Hânceşti village Alexander Botnari.

"The is still an understanding among former  PLDM members, present PLDM members and the party of Andrei Nastase. Once they were all on the same team, they were all in the same gang. Nobody is safe, but it's sure known that the candidate from the right front" , concluded Alexander Cuzneţov political analyst.