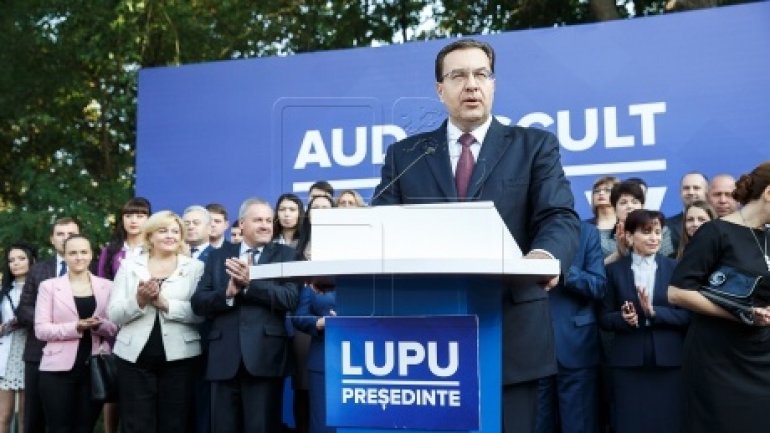 The abolition of European Integration of Moldova would bring considerable financial losses. The statement was made by Democratic presidential candidate, Marian Lupu at a meeting with businessmen and residents of Ungheni town.

PDM leader argues that political forces who want cancellation of the Association Agreement with the EU aim the prevention of the development of our country.

At a meeting with residents of the "Ungheni" Free Economic Zone, Marian Lupu said that the partnership with the European Union helps speed up reforms that ensure improving people's lives.

"My rival, the Socialist Party Chairman Mr. Igor Dodon, announced that he intends to cancel the Association Agreement. Cancelation of the Association Agreement means: first, investments do not come in the country. Furthermore this means that the investment have been made so far to be closed, closed businesses and thousands of jobs lost, "said Democratic candidate for president, Marian Lupu.

And residents of the Parlita and Sculeni villages were interested in investment and European development projects in the country.

- God may help you! But we want a commitment. Will you lead Moldova into the European Union, or not?
- My commitment for the next four years of mandate to transformation Moldova on the inside, to make sure Moldova will submit the application for obtaining the status of candidate country for membership" , said Democratic candidate for president, Marian Lupu.

" Where our children leave for a better education? Where do the best experts come from? From Europe".

"We must have good relationships with the Russians, and European countries. Let us keep good relation with all, not to be enemies with other countries."

"We really need a President, to settle all uncertainties in the country, for everybody to be happy, this is not done overnight, it takes time."

Currently, over 60-per-cent of all goods and domestically produced goods reach the EU market.

Only in January-August of this year, Moldova has made exports to EU countries worth about 800 million dollars.
AFLĂ imediat Știrile Publika.MD. Intră pe Telegram