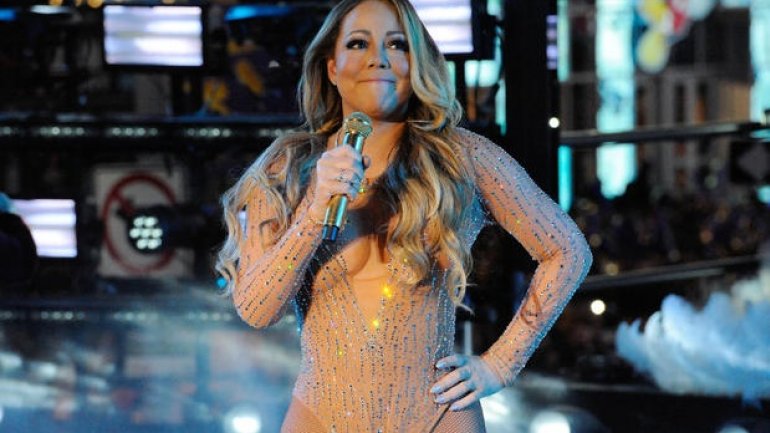 Before the ball dropped and 2016 finally came to an end, revelers in Times Square and viewers watching at home were treated to an incredibly awkward five minutes of Mariah Carey, according to washingtonpost.com.

The pop diva had just finished singing “Auld Lang Syne” as part of “Dick Clark’s New Year’s Rockin’ Eve With Ryan Seacrest.” Then the track of her 1991 hit “Emotions” began. “Got me feeling,” Carey attempted, before stopping and telling her backup dancers to “just walk me down” the stairs.

“We can’t hear,” she said. Throughout the rest of the song, Carey walked around the stage and alternated between attempting to sing a phrase and explaining what was happening.

“We didn’t have a check for this song, so we’ll just sing. It went to number one,” she said. “We’re missing some of the vocals, but it is what it is.”

A representative for Carey said there were a production issue and technical difficulties with the singer’s earpiece, adding “there unfortunately was nothing she could do to continue with the performance given the circumstances.”

And the singer with a wide vocal range tweeted her own brief explanation: “S— happens.”