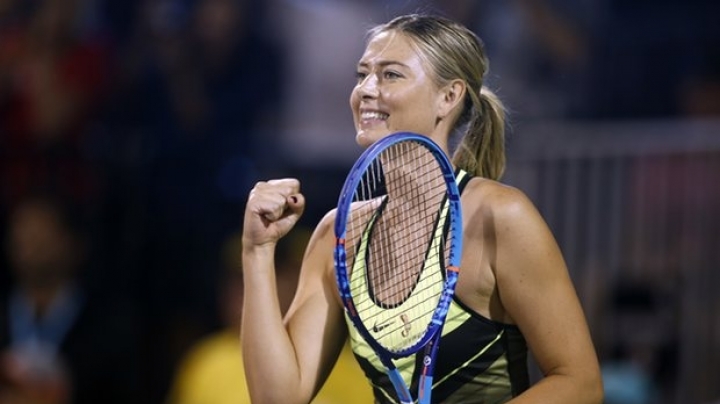 Maria Sharapova returned to the tennis court for the first time since she tested positive for meldonium at the Australian Open in January, The Guardian reports.

The former world No1 looked delighted to be back as she smiled her way through two doubles matches at the World Team Tennis Smash Hits charity event in Las Vegas.

Sharapova, who can return to competitive tennis in April after her ban was reduced from two years to 15 months by the court of arbitration for sport last week, turned out at the one-day event for the Elton John Aids Foundation.

A nervous Sharapova lost a women’s doubles match in partnership with the 16-year-old American Taylor Johnson, the pair going down to Martina Navratilova and Liezel Huber. “It was a big occasion for her [Johnson] and also for me,” the 29-year-old Russian told ESPN. “I haven’t been on a court for a while, for both of us, it was to have some fun and a bit of laughs.”

Sharapova later paired with the former US player John McEnroe in the evening’s final game against Navratilova and Andy Roddick.

The International Tennis Federation tribunal originally banned Sharapova for two years in June after it ruled that the five-times grand slam champion was “the sole author of her own misfortune” in continuing to take meldonium after it had been added to the World Anti‑Doping Agency banned list.

In reducing the ban, however, the Cas panel found that Sharapova’s degree of fault fell short of the “significant” level determined by the ITF and also said it did not agree with many of its decisions.