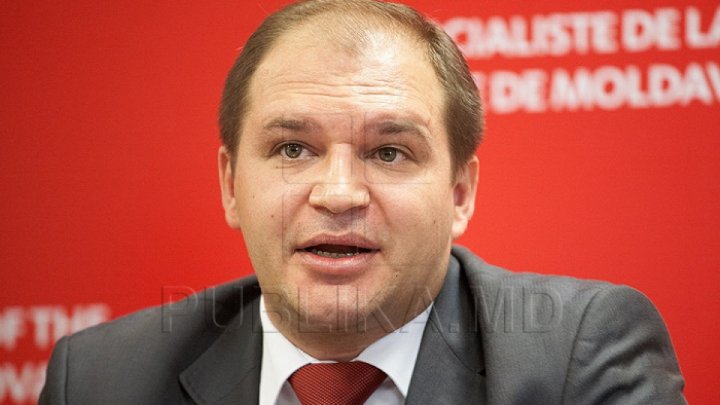 Marcel Darie, Chairman of the Party “Front for Salvation of Moldova”, stated that the Socialist Party was involved in the racketeering practiced in the construction sector in Chisinau. He threw several dollar banknotes as a sign of protest, mentioning they are for the PSRM candidate for Chisinau mayoralty Ion Ceban.

"Mr Ceban, we want to send you a message at the end of the campaign. Every banknote has been collected from every workers in the company, in order to satiate your need. This is a response of the workers", said Marcel Darie.

Ion Ceban had previously organized protests around some Chisinau construction sites to ask for justice, making an accusation that those buildings were illegally erected. According to Marcel Darie, although all documents were proper, the Socialists attempted to blackmail the construction owner to demand money in exchange for the end of protests.

PSRM spokeswoman Irina Astahova noted all comments on these topics should be requested from Ion Ceban. However, Ion Ceban did not respond to phone call or messages.

Recently, Ceban's electoral opponent, Andrei Nastase accused him that he and his colleagues in the PSRM are complicit in the so-called real estate mafia in the Capital. The candidate of the bloc ACUM referred to a video on social networks.

On the other hand, Ion Ceban denied allegations and stated that Nastase's statements are devoid of evidence and denigrate both his image and his colleagues in the PSRM. Ceban asked Nastase to retract his statements in public, otherwise he would sue and ask him to pay damages of one million lei.

Nastase has not commented on Ceban's request.