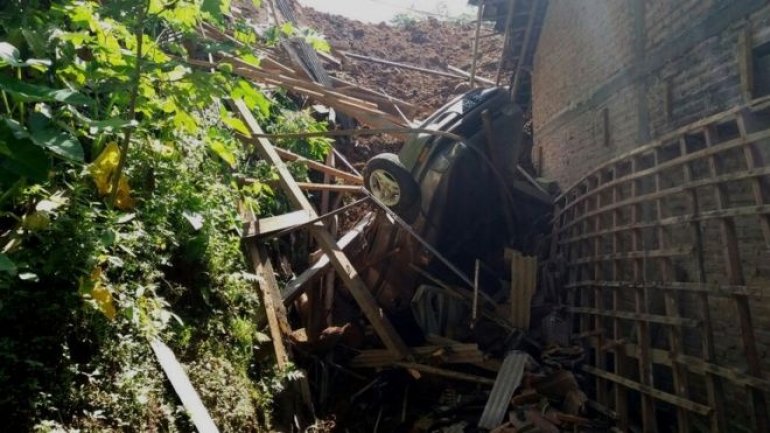 At least 11 people are feared dead after a landslide triggered by heavy rain in Indonesia's East Java province, according to BBC.

Security forces and emergency teams are clearing the mud to look for victims. Residents are being evacuated.

Saturday's landslide hit as people were harvesting ginger at the foot of a hill, officials said.

Floods and landslides triggered by heavy seasonal rains are common in Indonesia.

Many people in the 17,000 islands that make up Indonesia live in mountainous areas or near fertile flood plains.