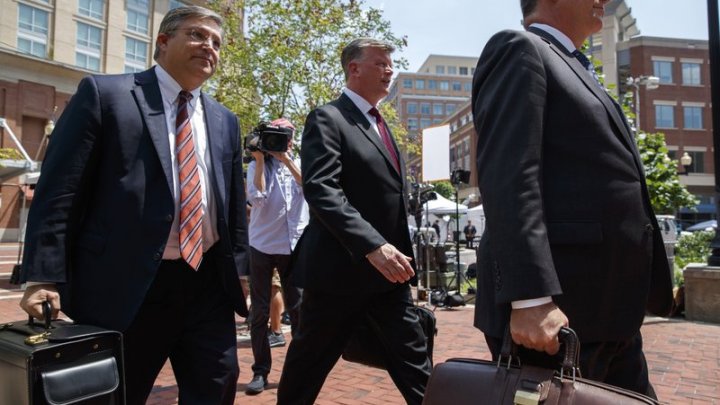 The former Trump campaign chairman's trial was delayed for hours Friday without explanation after the judge huddled with his bailiff and attorneys for both sides.

But after calling the recess, he left the courtroom, heading toward the jury room.

He also repeatedly reminded the jury not to discuss the case at all. That included telling them not even to comment on the attire of any witnesses.

Manafort's defense is not required to say whether they will call any witnesses until after the government rests.

His attorneys have tried to undermine the evidence against him by blaming any crimes on his longtime deputy, Rick Gates.