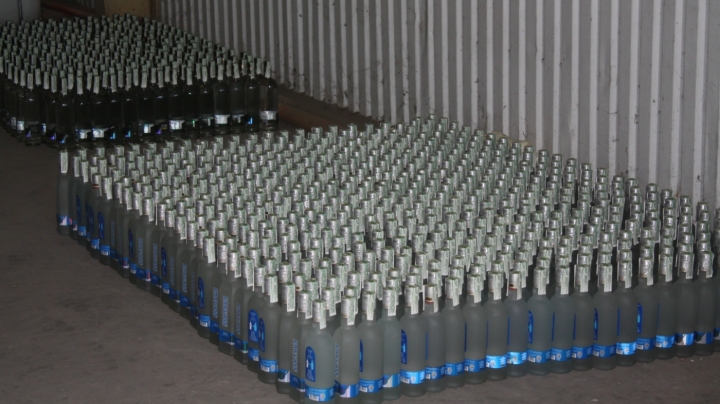 Tried to transport five hundred liters of ethyl alcohol through the Giurgiulesti-Galati customs point. It is about a Greek citizen, 41 years old, driver of a bus transporting passengers from Russia to Greece.

The detention took place in Giurgiulesti-Galati customs point, as a result of verification of operative information regarding the alcoholic products racket, conducted by a group of foreign citizens. According to information, the bus entered Moldova through the Giurgiulesti-Reni customs point, being afterwards watched by the employees of Customs specialized services until the Giurgiulesti-Galati customs, where they controlled and detained the driver.

During the control of the bus, the customs officers found hidden in its roof 940 bottles of vodka with Ukrainian excise stamps.

Also during verifications were found 750 vials with insecticide, which weren’t declared at the customs. The driver was detained for 72 hours, on this case being opened a penal file for smuggling.

If found guilty, the man might receive a sentence of 3 to 10 years in jail.