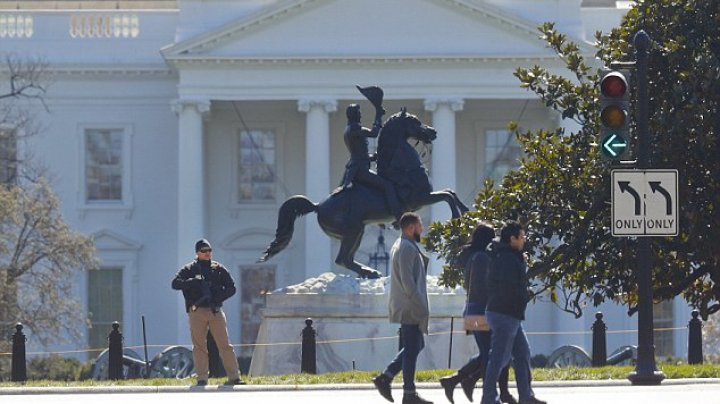 The man who shot himself outside the White House on Saturday has been named as 26-year-old Cameron Ross Burgess, reported dailymail.co.uk

DC police confirmed his identity on Sunday, a day after he took his own life at the fencing at the North Lawn.

Burgess was from Maylene, Alabama. It is not clear what he was doing in Washington or what drove him to take his own life.

The shooting happened at around noon and sparked panic inside as staff were told to shelter in place.

Political journalists sheltered in the briefing room and tweeted first about the incident.

Not long afterwards, the Secret Service said it was a person who had shot themselves.

The president is at Mar-a-Lago with the First Lady and Barron. He is due to return to Washington DC on Saturday.

'We're sheltering in place at the White House briefing room. A report of "shots fired" near North Lawn, per a U.S. Secret Service agent.

'Trying to learn more,' he said.

Tourists who were in the area shared reports of hearing 'shots fired'. They were unaware if there was any threat to them or anyone else.

Within minutes of the shooting, the Secret Service calmed panic.

Secret Service personnel are responding to reports of a person who allegedly suffered a self-inflicted gunshot wound along the north fence line of White House.

'No other reported injuries related to the incident,' it tweeted.

President Trump was made aware of the shooting, according to White House officials.

He spent the morning golfing in Mar-a-Lago and had not long returned to his residence there when news of the shooting emerged.

On Saturday, he tweeted about the 'mainstream media' and the US's trade deficit but did not mention the shooting.