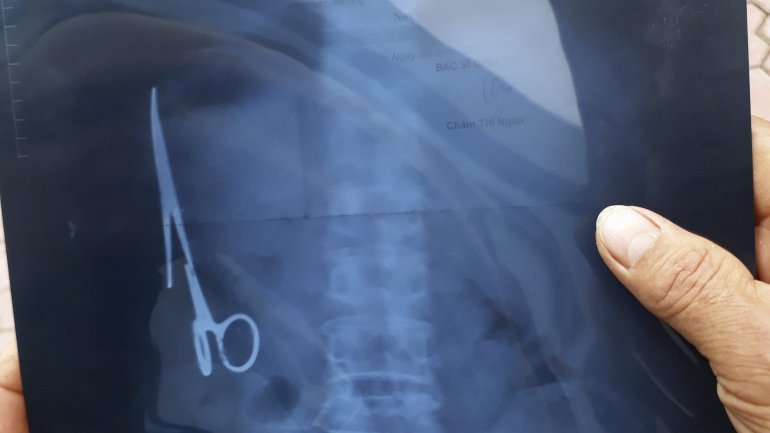 A man has had scissors removed from his abdomen which were left behind during surgery 18 years ago, after reporting a stomach ache that was nearly two decades in the making, according to metro.co.uk.

Ma Van Nhat, now 54, underwent surgery in 1998 after a car accident and only recently discovered that doctors had left an unwelcome gift behind when they closed him up.

Doctors in Vietnam discovered the 6ins scissors near his colon after a recent ultrasound.

He had a three-hour operation at the weekend to remove the scissors, according to Ngo Trung Thang, deputy head of general affairs at Gang Thep Thai Nguyen hospital, 50 miles north of Hanoi.