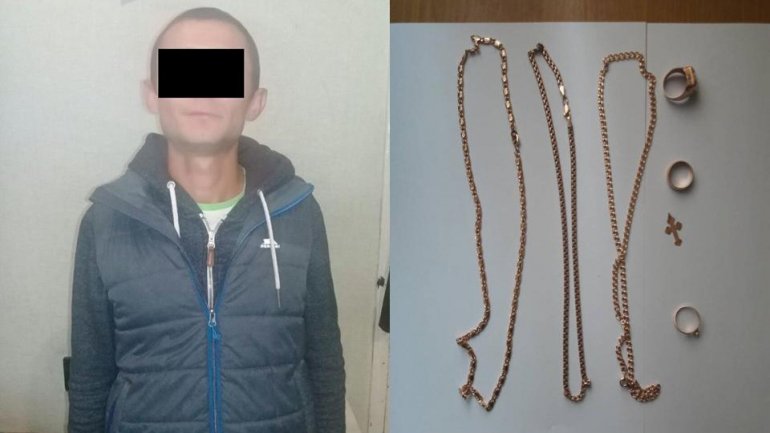 A 33-year-old man from Transnistria was arrested on suspicion of apartment robbery. He was taken into custody by Police Inspectorate of Râşcani from Chisinau, after breaking into an apartment, while the owners were away.

According to the investigation, he entered the house after breaking the window facing V.Badiu street and stole goods and money worth 53 thousand lei. Officers managed to seize the money and jewelry and will soon return it to their rightful owner.

The man confessed and now risks up to 4 years of imprisonment.

He was previously prosecuted in Transnistria for similar acts.

- Do not leave your door unlocked, even if you plan to return shortly;

- Make sure the front door is locked securely during the night;

- Be careful not to lost or have your keys stolen, but in case it happens change the lock immediately;

- Teach your children how to react in case strangers approach them pretending to be your friends or colleagues;

- Make sure to install a chain lock and use it when opening doors to strangers;

- Do not trust salesman. They might be trying to distract your attention in order to rob you;

- Owners of private houses must not leave their windows opened during the night and install a security system;

- When leaving for a few days, make sure to contact a trusted person or neighbor and ask them to supervise your house. Make sure to leave them a contact number.