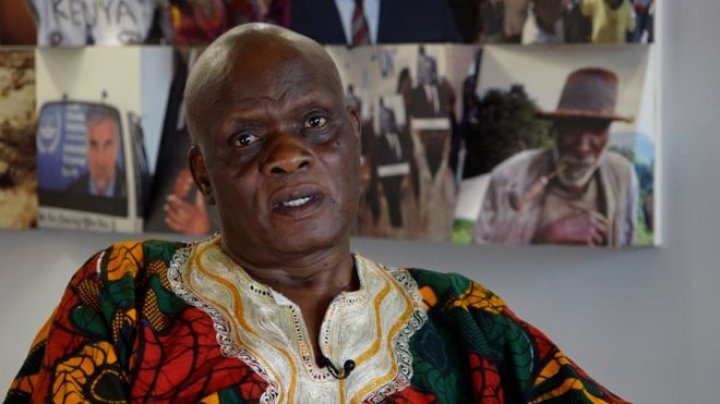 Moses Musonga never thought men could get breast cancer until he was diagnosed with the disease, writes bbc.com.

The 67-year-old Kenyan told the BBC that he was in profound shock when doctors told him in 2013 that he had stage-three breast cancer, turning his life upside down.

"I was in denial and wondered why such a disease, which is not male-oriented, had singled me out of millions of men in the world," Mr Musonga said.

It all started with a painless lump in his right nipple that grew larger as time went by. Then came the nipple discharge and occasional chest pains.

Doctors kept on giving Mr Musonga, a father of five, painkillers to treat something they were unsure about.

And despite the fact that his breasts were unusually bigger than those of most men, Mr Musonga never thought it was anything to worry about.

He sought medical help when the skin on his right breast began to ulcerate.

Tests on a tissue sample confirmed that Mr Musonga had breast cancer.

"I hadn't known that breast cancer affects men and therefore didn't notice that what was affecting me was breast cancer," he said.

Mr Musonga said breast cancer treatment, especially if the disease is at an advanced stage, is extremely painful.

"The hair on my head was not shaved but was removed by chemicals.

"I cannot walk for long and struggle with fatigue, nausea and vomiting on a daily basis," he said.

The 67-year-old had to quit lecturing at a college after starting chemotherapy sessions that caused loss of breath.

As breast cancer is linked to women, Mr Musonga had feared that he would face some discrimination when he told people about the diagnosis.

"Instead of being shocked and judgemental, most people are curious and want to know more about breast cancer in men because it's believed to be a woman's disease," he said.

He advised men to take the disease seriously, and to seek treatment early on.

"They should accept it. They can be treated and go back to their normal lives," he added.

Her experience showed that for every 100 breast cancer patients, one will be male.

About 6,000 cases of breast cancer will be diagnosed in Kenya this year - making up 12.5% of all cancers in the country, according to Globocan 2008, which is part of the World Health Organization's International Agency for Research on Cancer.

Across the whole of Africa, they expect about 170,000 cases.

Dr Mwanzi said women are more at risk for various reasons, including the fact that they have more oestrogen naturally than men.

"When you have an excess of oestrogen, it stimulates a formation of more breast tissue and with that some of the cells can become abnormal and lead to breast cancer," she said.

Dr Mwanzi added that both men and women should keep an eye out for symptoms, especially a lump on the breast.

Other symptoms include changes in the skin on the breast and the nipple, bloodstained discharge from the nipple, and a change in the shape or size of one or both breasts.

"Men should examine their breasts for lumps on a regular basis. They should be checking themselves very often," she added.