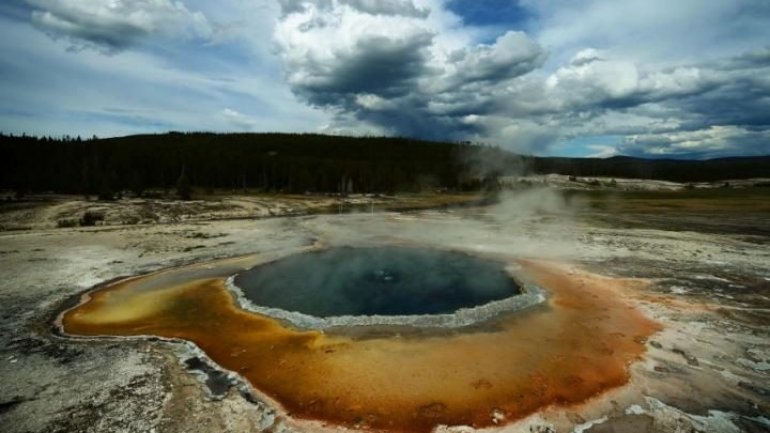 A trip to one of the nation's natural wonders ended in a unnatural tragedy.

A 23-year-old Oregon man essentially dissolved inside a hot spring at Yellowstone National Park in Wyoming after he accidentally fell into it, reports CNN.

The bizarre incident happened back in June, when Colin Nathaniel Scott went to the park with his sister to find a place to "hot pot."

According to a recently released report from park officials, Scott and his sister went to an unauthorized area near the Norris Geyser.

"They were specifically moving in that area for a place that they could potentially get into and soak," Deputy Chief Ranger Lorant Veress told CNN affiliate KULR. "I think they call it hot potting."

Scott had reached down to check the temperature of a spring when he slipped and fell into it. Rescuers later found Scott's body inside the pool, but couldn't retrieve it because of a lighting storm in the area. When they came back the next day, no remains were found beneath the spring's churning, acidic waters.

"In a very short order, there was a significant amount of dissolving," Veress said.

The parks' geysers and springs are acidic because they are fed by thermal water deep underground that picks up sulfuric acid as it rises to the surface. The sulfuric acid is produced by microorganisms that break down hydrogen sulfide in rocks and soil.

Scott's sister was recording on her cell phone when he fell in, but the park service won't release the video.

Veress stressed the importance for park visitors to obey all warning signs.

"Because (Yellowstone) is wild and it hasn't been overly altered by people to make things a whole lot safer, it's got dangers," he said. "And a place like Yellowstone, which is set aside because of the incredible geothermal resources that are here, all the more so."
AFLĂ imediat Știrile Publika.MD. Intră pe Telegram