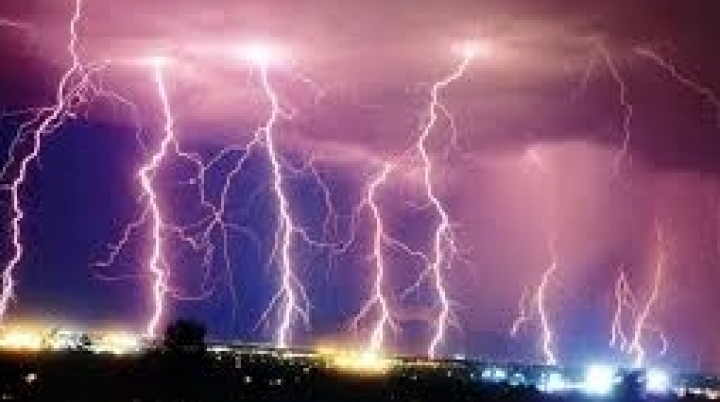 One man has died and scores of people been injured, including children, as lightning strikes hit several parts of Europe, including a park in Paris and a football pitch in Germany.

A bolt of lightning killed a man hiking in mountains in south-west Poland on Saturday. Storm lightning injured three others in the same region, and a 61-year-old man drowned in flash flooding.

In Germany, more than 30 people were taken to hospital in the western village of Hoppstädten when lightning struck at the end of a junior football match. Three adults were seriously injured, including the referee who was hit directly and had to be resuscitated before being airlifted to hospital.

Eleven people, including eight children, were injured when lightning struck as they were celebrating a birthday party in a park in north-west Paris. The children, aged between seven and eight years old, took shelter beneath a tree when the storm broke. A hospital spokesman said one child remained in a serious condition.