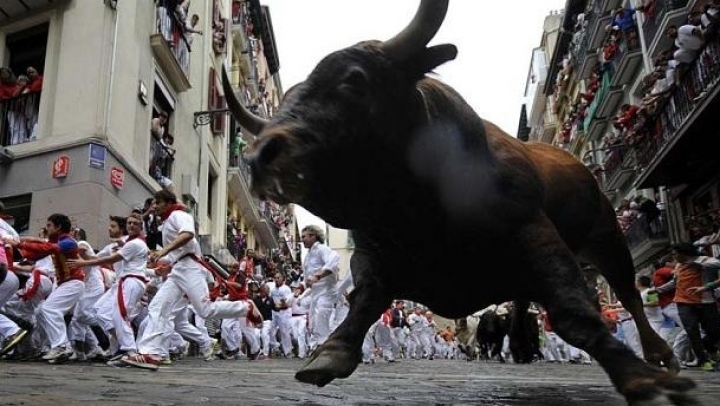 A Spanish hospital says one man has died being gored and seven other runners injured in an unusual third-day running of the bulls at Pamplona's San Fermin festival.

One of the six bulls used in the run Saturday was late coming out of the gate. Another got separated from the pack early in the race, did a U-turn and gored a nearby runner, lifting his body off the ground and creating moments of fear and tension. Once the bull gained steam again, he was harassed by runners on his way to the bull ring.

More than 1,000 people took part in the run, which lasted just over four minutes, about 1 ½ times longer than usual.

Navarra Hospital has confirmed that one man was gored in the thorax but said his condition was considered stable and seven others were injured in falls and suffered contusions.