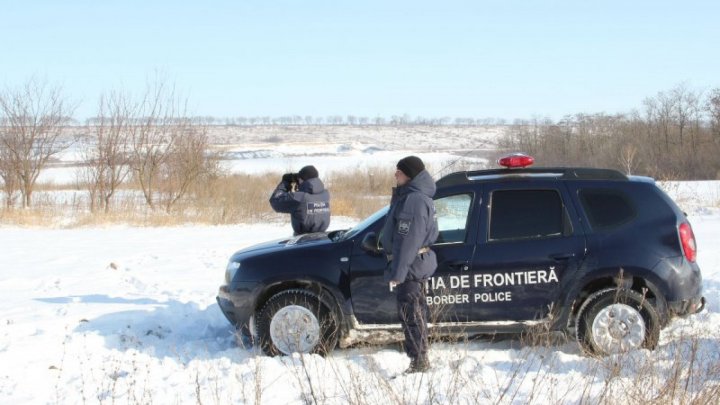 A 3 year restriction from entering Ukraine has pushed a Moldovan to attempt and illegally cross the border, by going around Palanca crossing point and try reaching the neighbor country. The 52-year-old man was noticed by border guards at only 300 meters from the crossing point.

At the end of last week, at the Palanca-Udobnoe border, a man was notice rushing to exit Moldova on a thermographic camera. The border guards have immediately taken actions to arrest the suspect. On site, they caught a man lacking any documents who could not explain his presence in the zone. To clarify the situation the man was taken to the sector, where it was established that he is a citizen of Moldova, resident of Hăsnășenii Mari village, Drochia district.

During questioning the man confessed of his attempt to illegally cross the border, but justified the act by the fact that he lost his identification documents and is banned from entering Ukraine for the next 3 years.

Preliminary investigations have confirmed the man's words, the suspect having served 6 months in Ukraine for certain crimes. It was also established that only a few hours before being caught, the man was send to the court by national authorities.

Border guards have opened a case according to article 27 and article 362 line 1 of the current Constitution of Republic of Moldova. At the moment, the man is in the custody of Ștefan Vodă Police Inspectorate.