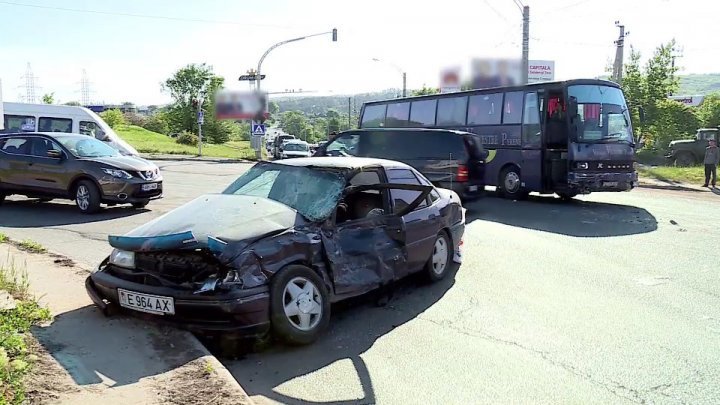 A 30-year-old man killed, another seriously hospitalized after their car hit a bus Dobrogea-Revaca line.

The accident occurred last night at the entrance to the Revaca village. The police are set to determine who caused the accident. A similar situation at the intersection of Vadul-lui-Voda and Milescu-Spataru streets in the Ciocana sector in the Capital.

This morning, a bus on the Dubasari-Chisinau line, with passengers on board, was hit by a car that did not give in. According to the police, the car driver, aged 60, was transported in serious condition to the hospital.

The accident resulted in traffic jams and inspectors conducted the traffic.

After the impact, no minibus passenger suffered.