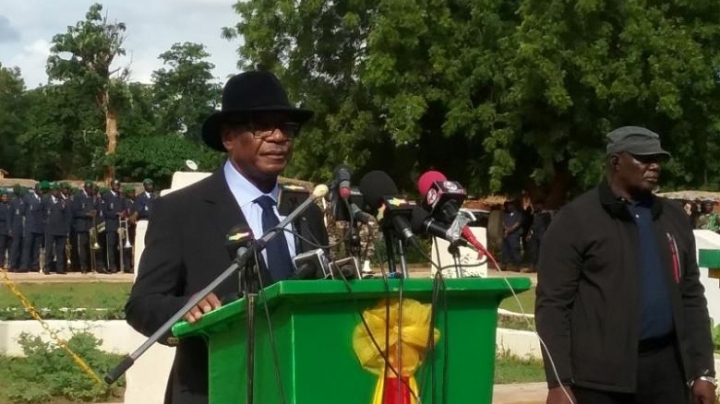 Coulibaly is being replaced by Abdoulaye Idrissa Maiga, a former minister for territorial administration, who was also the president's campaign director at the 2013 election.

The attackers, who are suspected of belonging to the Ansar Dine group, burned public buildings and took an elected local official hostage before withdrawing after a few hours. No one was killed and the army is back in control, witnesses said.

The raid was the latest in a series this year in Mali, reflecting a rise in the power of Islamist groups that have spread a campaign of violence from the north to the center of the country only a few hundreds miles from the capital Bamako.

Armed groups have proliferated since Islamists took advantage of an ethnic Tuareg uprising in 2012 to seize the north of the desert country.

A French-led intervention drove Islamists back in 2013 but instability has continued and undermines a fragile U.N.-backed peace process.

Islamist militants killed 17 Malian soldiers and wounded 35 when they attacked an army base in the central Malian town of Nampala in July. Ansar Dine and a Peul ethnic militia both claimed responsibility for that attack.