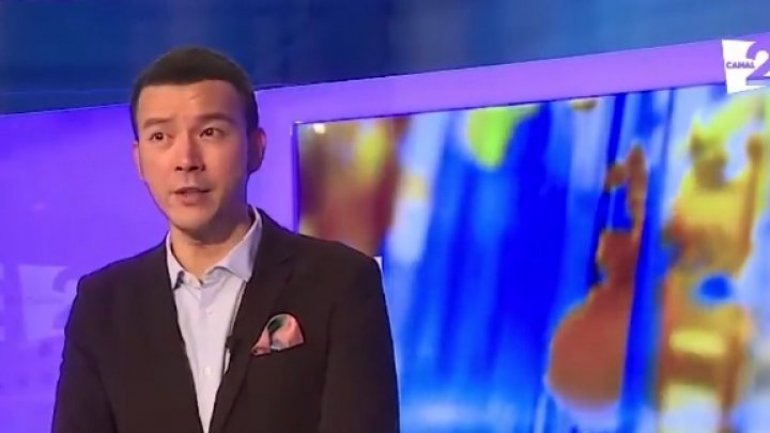 foto: Owen Yap, one of the most popular presenter in Malaysia paid a visit to Moldova this winter
AFLĂ imediat Știrile Publika.MD. Intră pe Telegram

One of the most popular presenter of Malaysia just paid a visit to Moldova and managed to host a TV news program on Canal 2, Owen Yap, actually came to Moldova years ago but was intrigued to rediscover the country this winter by the song Hey Mamma.

Moldova is a new country and unpopular to most of Malaysians. Because it's in Europe and and people are unaware of the country. Actually, I came to Moldova many years ago but what made me to visit Moldova was Eurovision 2017 contest. Moldova was ranked 3rd place this year with the song Hey Mamma. This song's so fantastic that the lyrics always appears in my mind. They should have won, I thought so!

I love placinta so much!! I tasted yesterday and it was so tasty! Mamaliga is also delicious! I think the world is too big and I'm so small so I have to make single steps to get closer to discover the world. So here I am!

As one of the most popular presenter in Malaysia, he's hosting the show Deal or No Deal, Chinese version's television game show in the country. No one hardly recognizes that this active, passionate TV presenter is 43 years old. He started working as news redactor in 2004 and since then, his career has passed with lots of successes: Golden Awards Best Current Affairs Presenter/Host, Golden Awards Best Variety & Entertainment Programme Host were two prestigious awards he got.

He's also working as a News Presenter of 8tv 8pm Primetime Chinese News in Malaysia. On the occasion of his visit, he was challenged to host the news program on Canal 2 and the game show Da sau Nu (Yes of No) on Prime TV in Moldova.

The experience with Da sau Nu game show on Prime TV was totally different. It was really extraordinary show and had such beautiful ladies who according to Dan Negru, are the best in Moldova. I'm not interested in getting Dan's phone number but theirs instead. (smiling)