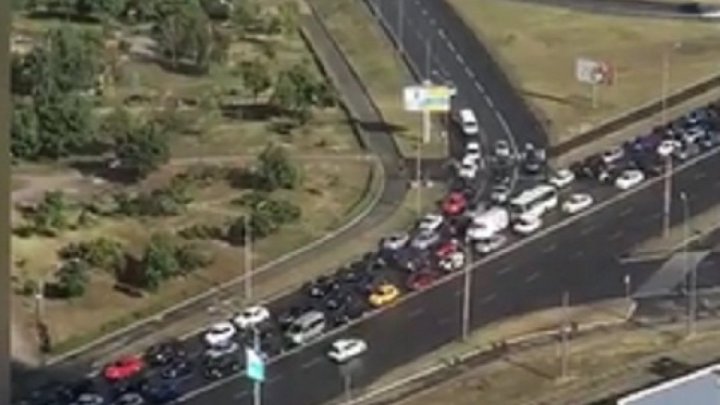 The official motorcade of the Prime Minister Maia Sandu has blocked yesterday a boulevard in Kiev.

The nine cars of the officials created big traffic jams on the Grigorenko boulevard, despite all the president Vladimir Zelenski's assurances, who previously said of never letting to happen of such situations in the Ukraine's Capital.

Outraged by the situation, the drivers were honking continuously.

Zelenski was forced to apologize in the front of the people for the created situation.

PUBLIKA.MD reminds that yesterday, the PM Maia Sandu went to an official visit to Kiev.