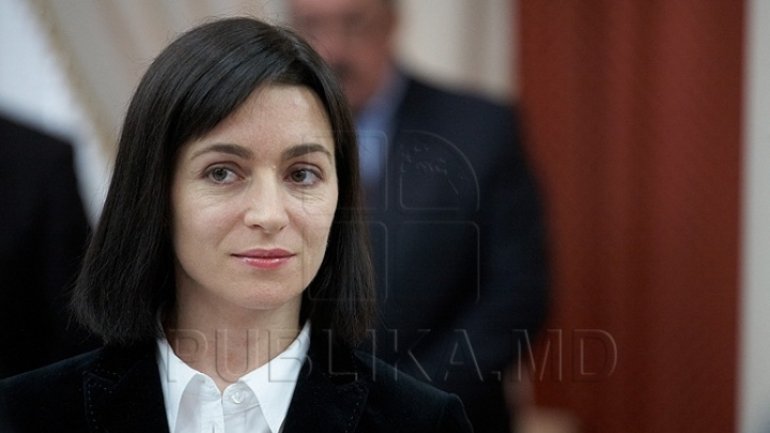 PAS candidate Maia Sandu gave a news briefing after the polls had closed.

"Dear citizens, before this campaign, I had known the regime did not want to leave. We all have seen the campaign have been filthy. But we have not let ourselves intimidated."

I’d like especially to thank our citizens abroad who covered hundreds and thousands kilometers to get to the polling stations and queued for hours.

Unfortunately, these elections have been organized badly. I earlier asked the authorities to enhance the number of ballots and open more polling stations in countries as France, Italy and Romania. Our requests were flouted and consequently the ballots ran out today in London, Bologna, Bucharest and Paris.

We also request the Information and Security Service (SIS) to investigate what happened to those 6,000 ballots, bound for the polling stations in Portugal, to be sure they be not used for frauds. We had deviations within Moldova – violence acts at stations, incidents in which thousands of citizens from the left bank of the Nistru river were carried to the right bank and ballots purchases.

Now we have an important task to keep calm, to focus on ending the voting abroad and to supervise the vote counting. We’ll stay attentive to the end and I promise we’ll clear out every violation in which people were not able to vote. We won’t let them to steal off your votes. I’m confident we have jointly started the change we all need," Maia Sandu said.

She also has said she won’t make any statements till morning.

Her staff does not let media within her party’s office in Chisinau.