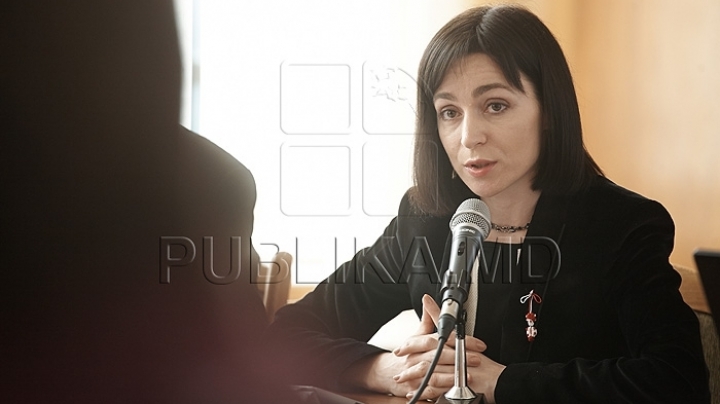 The leader of Action and Solidarity Party, Maia Sandu is two-faced. Even though she voted for passing the loan of National Bank to public debt, now she is displeased by the Government decision to take the responsibility for a set of laws intended to strengthen the financial banking system.

In 2015, in the document for which Maia Sandu voted was written clearly that the guarantee given by the Government towards National Bank was implying the issuing of state titles.

Maia Sandu wrote on a social network that the governing does not want to find the persons involved in the theft of the banking system.

The reaction comes after the Government assumed the responsibility for a series of draft laws, which are representing the preconditions given by IMF, that in October 2016 Moldova should sign a country agreement.

Maia Sandu voted in 2015 for the offering of the emergency loan in case of Banca de Economii. At that time she was convinced by her colleague in the Liberal-Democratic Party, former minister of Finance, Anatol Arapu.

It is demonstrated also by the secret stenograph of the Government meeting from March 2015, published by prime minister Pavel Filip.

The prime minister published the stenograph at the beginning of september 2016, as a response to the leader of Action and Solidarity Party Maia Sandu, who instituted proceedings against the Government, accusing the authorities of hiding the disclosed documents.

Pavel Filip advised the former minister of Education to not spend money on trial and time on electoral shows.

In 2014 and 2015 the Government gave an emergency loan of 14.5 billion lei to ensure the money of deponents at Banca de Economii, Banca Sociala and Unibank.