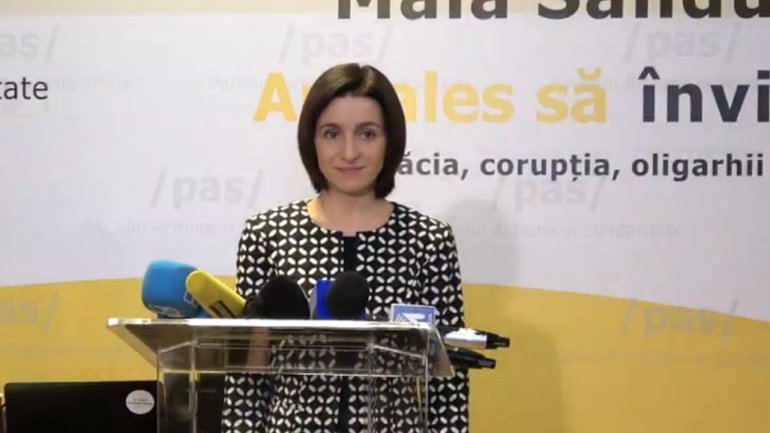 The polling stations in Moldova are closed. Approximately 1,430,071 Moldovans went to choose their future president. PAS candidate Maia Sandu offered the first declarations after the closing of the polling stations.

She thanked all people who gave their votes, especially women, their participation percent being 54%.

"I thank all who went to vote. I want to thank the women who went to vote. I am honored that you listened to my appeal. I thank the colleagues from the diaspora, who made a greater effort than us. Less youngsters went to vote today because of impediments. And for the second round we promise that we will take out these problems. I thank all citizens who supported me. Everyone who made possible for this to happen. Many people who have worked with us. Moldova has not seen such campaign. I think we can be proud of a first victory, a first step towards a life of dignity. Such people will go ahead and will achieve the objectives we have set. Thank you and I will wait in the runoff" declared Maia Sandu.

All polling stations across the country were closed. Until 21:00 1,430,071 Moldovans voted. Most voters were people over 57 years. Most passive voters are young people aged between 18 and 25 years.

Citizens eligible to vote, residing in Transnistria, at the presidential elections should vote in 30 polling stations.

The first preliminary data on the results will be presented by 22:00.