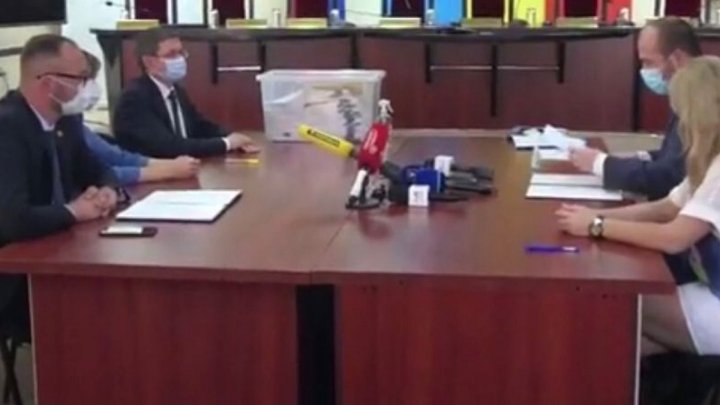 Maia Sandu, the candidate nominated by Party of Action and Solidarity, today delivered to the Central Election Commission the citizens’ signatures collected to get registered as a presidential candidate.

Meanwhile, the PAS supporters together with Maia Sandu are protesting in front of the CEC headquarters, demanding free and fair elections.

According to the provisions of the Electoral Code, all candidates for the position of Moldovan president submit the subscription lists, which contain the signatures of at least 15,000 and not more than 25,000 voters from at least a half of the number of second-level administrative and territorial units of Moldova.