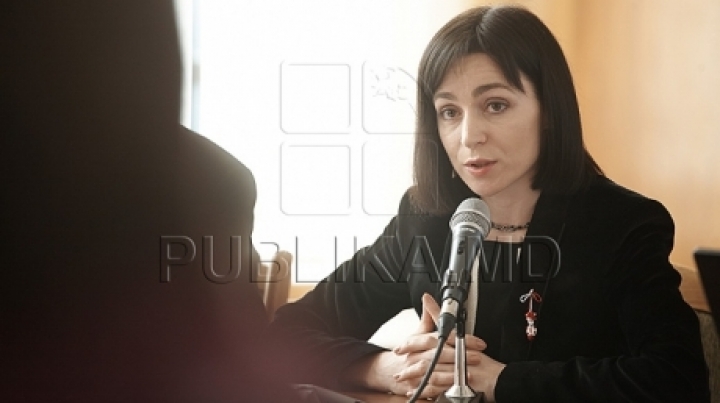 Maia Sandu has rejected the invitation to participate at Val's Butnaru show on Jurnal TV channel and to face Andrei Nastase, the weeding godson of Topa fugitive convicts and leader of "Dignity and Truth" party.

Maia Sandu has rejected the invitation stating that Jurnal TV is not a neutral television.

The statements were made live during "Shadow cabinet" show. Many observers share Maia Sandu's opinion, who claim that Jurnal TV promotes aggressively the image of weeding godson of trust owner and fugitive mafia, Victor Topa.

Previously hundreds of citizens protested in front of Jurnal TV, accusing the station of lies and disrespect to the people of Moldova.