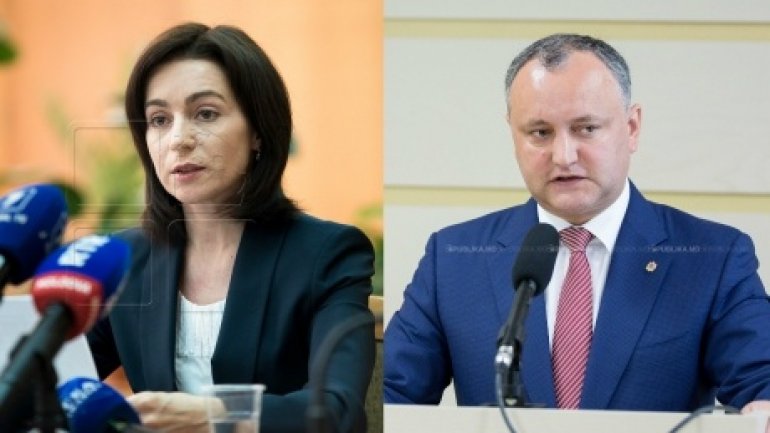 The Solidarity Action Party's candidate, Maia Sandu refused to sign the anti-Plahotniuc pact. The proposal to sign such a document came from the Socialist Igor Dodon.

PSRM leader publicly urged Maia Sandu to have a written obligation not to form a coalition with Democrat Plahotniuc, if she becomes president.

"I sign this pledge in front of you. Public engagement in front of all Moldovan citizens. And I urge my political opponents to sign this commitment, especially Maia Sandu." , said President PSRM, Igor Dodon.

PSRM Representatives went to PAS headquarters with the decoument, but were not allowed to enter.

Socialist Ion Ceban said that her refusal to sign the agreement demonstrates that Maia Sandu will not meet the commitments to citizens.

"It is the final proof that Maia Sandu is Plahotniuc's candidate as stated Andrei Nastase in that phone conversation with Slusari. We believe that she was fully supported by Plahotniuc until now, together with the Democratic Party, is an agreement between them to take all the power vertical external pressure in Moldova. Maia Sandu refuses to sign the anti-Plahotniuc commitment" , said Socialist Ion Ceban.