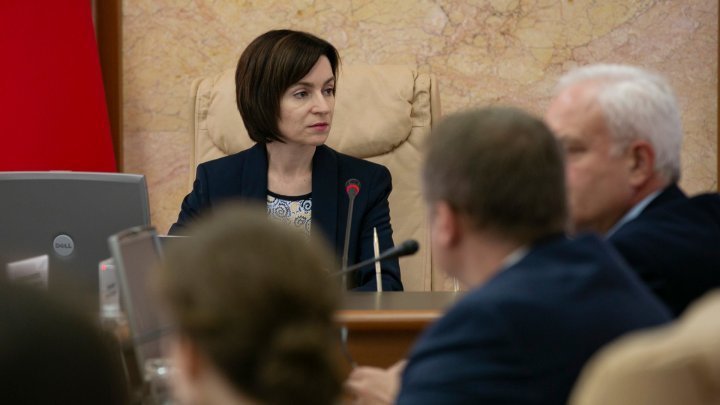 Igor Dodon cannot decide on the concession of Chisinau Airport. With this statement came the PM Maia Sandu within Secrets of Power  show from Jurnal TV.

At the same time, Maia Sandu was also asked if there is a chance for Giurgiulesti port to return to investors from the Russian Federation. Sandu specified that he is working on a draft law, through which the state will have to be consulted and to give its consent in case the owner changes.

The prime minister also said that he hopes the bill will enter into force before any transaction is concluded.

'The president doesn't concede the Airport. A long way to get there. The problem of the Giurgiulesti port is that it is owned by a private company and respectively, the transaction can happen without state's participation. We are working on further projects to prevent such things by law, where we will write very clearly that the state will have to be consulted and will have to give it's consent when changing the owner in case of strategic objects, which are about the security of the state, for example, as happened with the sale of Union Fenosa networks. It was a private transaction, a private owner made this transaction with another private investor and the state had no leverage to intervene here. We believe that for such types of objects there must be legal provisions, which will allow the state, first of all, analyze who the next investor is and have a say: you can sell it or you can't sell it. Because it's power distribution network and we want to trust that the next owner will provide quality services. This is the case of Giurgiulesti port, even if it is of a different nature. I hope we succeed before a transaction is concluded', said the PM Maia Sandu.

We remind that Igor Dodon doesn't exclude that Chisinau International Airport, but also the Giurgiulesti Port could reach the investors of Russia. According to the head of state, Chisinau authorities are ready to have discussions with all investors from both East and West, suggesting that businessmen in the Russian Federation, however, would be more attractive to Chisinau.