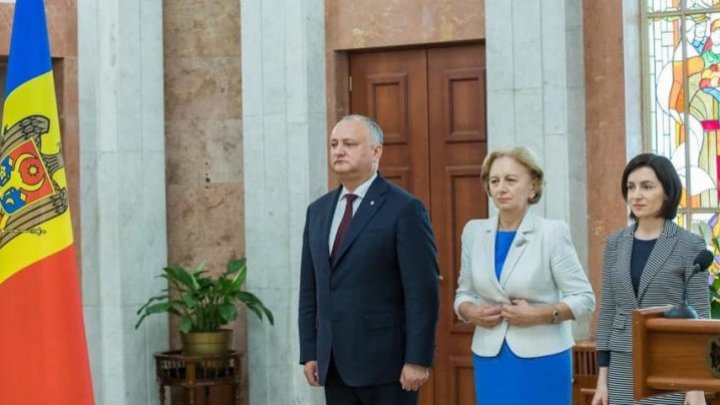 'We are interested to have good business relations with Russia. We want to primarily remove the sanctions that block the exports free flow. In addition, until the end of the year we must renew the gas supply agreement: a delicate operation which we want to carry out  successfully. We count on the Socialist Party and Igor Dodon to maintain the relations with Russia', declared the PM Maia Sandu.

Also, the PM talked about the leadership's independence of our country and declared that due to the agreement with the Socialists, which is an 'uncanny' alliance, will modify the electing law.

PUBLIKA.MD reminds that the last week at Brussels, Maia Sandu declared that Moldova continued the bilateral dialogue with Russia, which was reduced to zero by the previous governance.

In the past, more voices from the country and abroad declared that the ACUM-PSRM Alliance was created with Moscow's support. Because of that, they were given the name of Kozak Alliance, by the Russian Deputy PM Dmitry Kozak, who interfered the negotiations between the ACUM Block and Socialist Party. The suspicions came true when the president Vladimir Putin praised Maia Sandu's Government and named the coalition a conventional pro-European one.