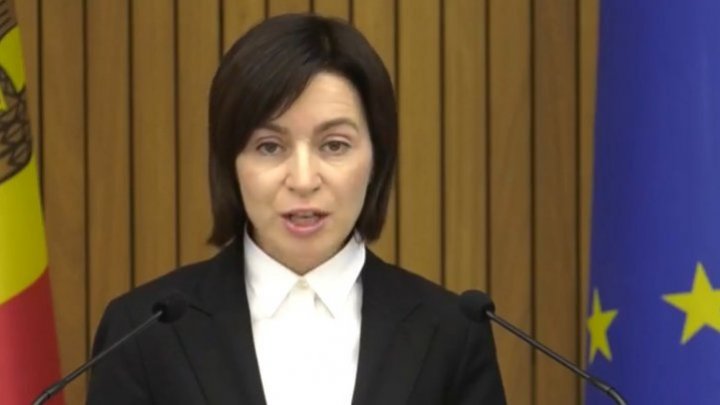 PM Maia Sandu is dissatisfied with the convening of the General Assembly of Judges, which will be held on September 27. During a press briefing, Sandu came with an alarm message. She said that what is happening in the justice system is serious.

'The coming period is crucial for the Republic of Moldova. The future of justice reform depends on the future. Either we jump or align ourselves with EU countries, or sink into the post-Soviet past', Sandu said.

The PM called the magistrates, who called for the General Assembly to convene, 'an interest group opposed to the reform'.

'The way in which the Assembly of tomorrow was convened is lack of transparency, shadow management, coordinated actions, and the purpose of these actions is to block the activity of the SCM', said Maia Sandu.

She came with a message to the magistrates, saying that on Friday they will be watched all over the country: their neighbors, relatives, parents ... The prime minister did not stop here and also mentioned the children of the magistrates, noting that many of them, at only 20-25 years old, they own apartments and cars.

PUBLIKA.MD reminds that on Friday, September 27, will be held the General Assembly of Judges. The decision was taken by the Chisinau Court of Appeal, after the SCM members rejected the request of a group of magistrates. The Superior Council of Magistracy has declared that it will appeal the decision to the SCJ.
AFLĂ imediat Știrile Publika.MD. Intră pe Telegram