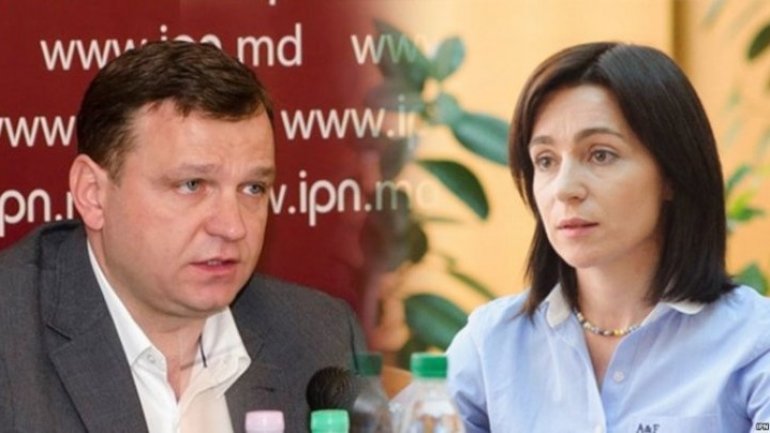 Invited to TVR Moldova, the leader of the Action and Solidarity Party (PAS), Maia Sandu, and the Platform for Dignity and Truth (DA), Andrei Nastase, said that the European integration of the Republic of Moldova is possible and put the cannons on the Ex-Romanian President Traian Basescu and the unionist party of Anatol Salaru, writes deschide.md

PAS leader Maia Sandu, being challenged to comment on Traian Basescu's involvement in Moldovan politics, said that this would only be acceptable to the socialists, who could have won the parliamentary elections from first round.

Moreover, on a possible collaboration with Anatol Salaru's National Unity Party, which enjoys the support of Traian Basescu, Maia Sandu said that this depended on several factors.

"It depends on this party's behavior and the people this party will promote (...). I'm sorry that Traian Basescu has come to promote Eurosceptic messages in the Republic of Moldova. Traian Basescu should support the PAS-PPDA alliance and convey to voters that European integration has nothing to do with the current government "

No one in Brussels assured that this would ever happen, and the union would automatically bring the current state of the Republic of Moldova into the EU, according to the PAS leader.

"We can not talk about illusions about integration into the European Union, as long as the countries of the same category as we are in the EU."

We remind that former Romanian President Traian Basescu, in his recent visits to Chisinau to support the National Unity Party, criticized the parties that declared themselves European but said they would not make alliances with corruption, noting that the respective parties should put aside the pride and sit together at the negotiating table to secure the western direction of the Republic of Moldova.

Traian Basescu,  knowing the European Union's opinion very well, also said that Moldovan politicians - talking about European integration - were lying about the electorate, that this would be impossible in the next few decades.