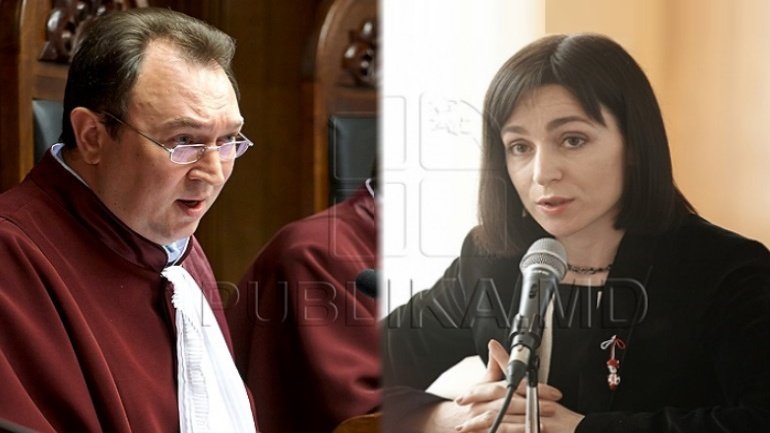 The Action and Solidarity Party leader, Maia Sandu criticized on December 15th, in a press conference, the decision of the Constitutional Court to validate the presidential election.

The former competitor on presidential election states that magistrates had not taken into account the evidence they have presented. On the other hand, the High Court maintains that the allegations are unfounded and recommends Maia Sandu to take defeat.

Maia Sandu regrets that the Court magistrates refused an adjournment of the conference for a day. The politician believes that its voters were deprived of the right to find out if the elections were rigged or not.

The Constitutional Court has responded to these allegations. In a statement, the judges stated that, at the request of Maia Sandu, sitting on the validation of the election has been delayed by over 20 days. The press also states that no constitutional court in the world, in its decisions, does not operate based on assumptions, estimates, but is guided by certain findings. In this case, the magistrates had only three reliable data.

The Court refers to the difference of over 67,000 votes between the two candidates and some evidence that over four thousand citizens living abroad could not vote. They would have not influence significantly the  election results. The Court also recalls more than 16 thousand votes cast by citizens of Transnistrian region, which Maia Sandu has not requested exclusion for.

Thus, magistrates expresses their deep disappointment with the unfounded attacks made against the Court, considering it is the moral obligation of the candidate to assume its results obtained, instead of looking at whose expense to place their failure.