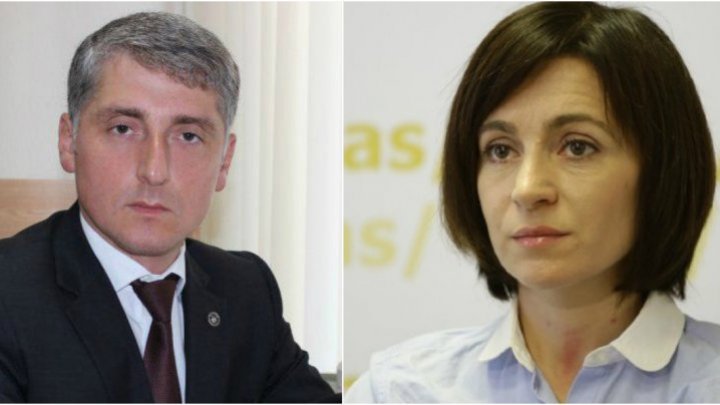 The PM Maia Sandu charges the General Prosecutor, Eduard Harunjen that he is not fulfilling his service obligations and miserably failed.

'Today in the Republic of Moldova doesn't exist any Prosecution. Or oin other way it exists, but doesn't properly work. Harunjen and Betisor were looking embarrassing yesterday trying to show that they fulfill their mission. They said that they are investigating the billion's stealth and that soon the case will end. They miserably failed', mentioned Maia Sandu within a press-conference.

As a reply, Eduard Harunjen mentioned that it's hard to understand how the General Prosecutor can be responsible for all the charges in the country.

'It's hard to understand how the General Prosecutor can be responsible for all the charges in the country. The crimes regarding bank fraud are investigated by the all PG and CNA officers for almost a year and in these activities are involved also the ARBI from CNA, through an order form the General Prosecutor, in this group were included IGP officers within MAI. To this group were given all the technical and administrative possibilities for further investigations. At the Anti-corruption Prosecutors' request, I sent tot the authorities of other states dozens of rogatory letters. In such circumstances it's hard to understand the PM's message', declared Eduard Harunjen for PUBLIKA.MD.