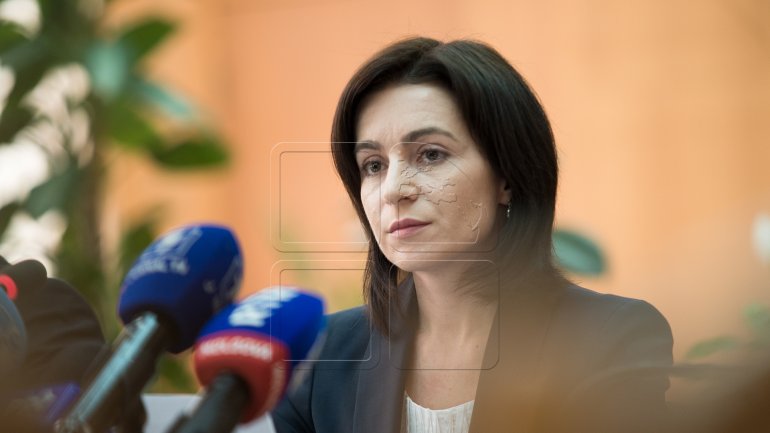 Maia Sandu has been  criticized on the internet after she left negative comments on the Parliament President, Andrian Candu proposal, on the meal vouchers. While PAS leader opposes this proposal, many internet users have written that meal vouchers are a successful practice in the European Union.

Read also: Andrian Candu to Maia Sandu, after she questioned meal vouchers: Do you prefer salaries in envelopes?

The internet users have showed themselves disturbed by Maia Sandu's statement that the voucher system is seen as humiliating. The PAS leader wrote that this initiative opens the door to tax evasion.

In response, one internet user wrote that "meal vouchers can help people to be healthier, and this mechanism is fair and transparent."

Another person has contradicted Maia Sandu, writing that food vouchers are not taxable and can not be committed to tax evasion.

Another said that "The PAS leader's speech on the grounds that he is not welcome even vouchers are good for employees of companies".

Shortly after this, the Parliament President wondered if Maia Sandu "prefers the salaries in envelopes."

According to Andrian Candu, through her message, the PAS leader criticizes European states where authorities actually this system works successfully. The head of the legislature wrote that Maia Sandu wants to block an initiative that would benefit citizens.

Meanwhile, the director of sociological research IMAS, Doru Petruti wrote that he has receive such vouchers when working in Romania and he did not feel any second humiliated, but they have been of use to optimize their household budget.

Earlier this week, Speaker Andrian Candu presented the project on meal vouchers. According to the document, vouchers will be offered to employees by their employer.

The 45 lei bill per day will be used to purchase food. In a press release, the Parliament announced that unions have praised the initiative.