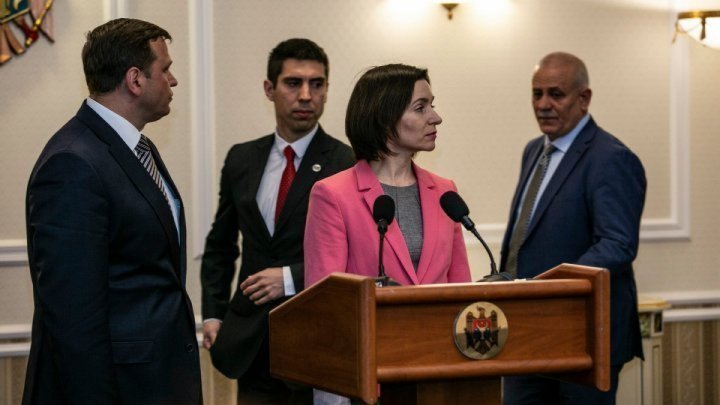 PAS's association with Andrei Nastase's party damaged Maia Sandu's image. If she wants to politically survive she must regain her own voice. This opinion shared last night's Fabrika talk-show guests. Moreover, the experts support the opinion that Maia Sandu's apparition on the politic scene was harshly damaged by the PPDA leader, Andrei Nastase.

"From the start, Maia Sandu had a bureaucratic image, a Western-schooled person. Andrei Nastase never had a suitable political image and still doesn't have. he is playing the brutal manner. His frustrations towards Maia Sandu is from a long time ago and it will manifest as long they will be together", mentioned the journalist Nicolae Federiuc.

"Maia Sandu's message is becoming more unclear. She's really manifesting herself at the rallies organized by Nastase, but the message still remains unclear. She's more like a supporter, than an initiator", underlined PhD. in history, Ruslan Şevcenco.

"Making a comparison of how Maia Sandu is talking at the conferences and how Andrei Nastase is manifesting himself, you can clearly see that she has a true political vocation", declared Nicolae Federiuc.

Studio guests share the opinion that from the beginning of the association, Maia Sandu never supported the aggressive manner of discussions of the PPDA leader.

"Under her leadership are more academic representatives. These people can prepare real speeches. Maia Sandu is aware that Andrei Nastase's aggressive manner of discussions isn't working. Sandu is aware of the fact that this type of speeches will lead us to early voting. They will not find an explanation for the people like who's in charge for the happened things, thus going apart", concluded Sevchenko.

"If Maia Sandu will not escape from Andrei Nastase's toxic and suffocating embrace, she risks to lose it all. She already lost a lot. To recover the loss, she must raise her independent voice over all", pointed out Nicolae Federiuc.