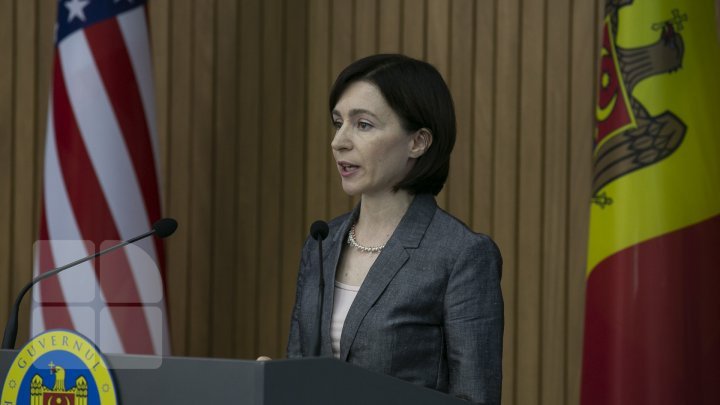 PM Maia Sandu presented the activity report for 100 days of mandate to the Executive. She praised that the government managed to get out of the storm and give the people freedom.

At the same time, the head of the Cabinet of Ministers urged citizens to do a memory exercise to see if things have changed for four months.

'If we don't feel any difference, all our struggle was in vain. But if we feel, then every tear and sweat, every broken nose was worth it', said Maia Sandu.

According to the prime minister now the Government has become a transparent and open institution for citizens. This was also praised by the fact that several civil servants were expelled, and now Moldova has the most honest Government.

'We have expelled hundreds of officials involved in abuses and this will continue. This Government is the most honest Republic of Moldova has ever had', also added Sandu.

At the same time, Maia Sandu also listed other successes of the Government such as: the reform of the Justice, and the changes regarding the law of the Prosecutor's Office.

We remind that the leader of the Democratic Party, Pavel Filip, harshly criticized the unpopular actions of the executive led by Maia Sandu. The former PM condemned the chain decisions regarding the tax and tax increases and the fact that the social projects were stopped.
AFLĂ imediat Știrile Publika.MD. Intră pe Telegram