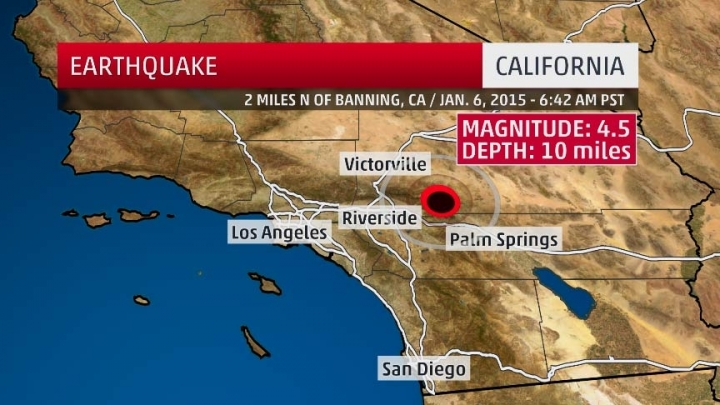 Magnitude 7 earthquake in California could be imminent as swarm of smaller quakes strike near major faultline, Independent informs.

California may be about to be hit by a massive magnitude 7 earthquake after geologists discovered a succession of smaller tremors under a lake near the San Andreas fault.

An earthquake warning – stating that a quake is more likely in the next three days – has been issued by the California Office of Emergency Services after fears that the rumblings may trigger a much larger quake affecting the southern part of state, including Los Angeles, San Diego and San Bernardino.

"Any time there is significant seismic activity in the vicinity of the San Andreas fault, we seismologists get nervous," said Thomas Jordan, director of the Southern California Earthquake Centre. "We recognise that the probability of having a large earthquake goes up."

The news comes after more than 140 smaller quakes rippled under the Salton Sea, a lake situated north of San Diego.