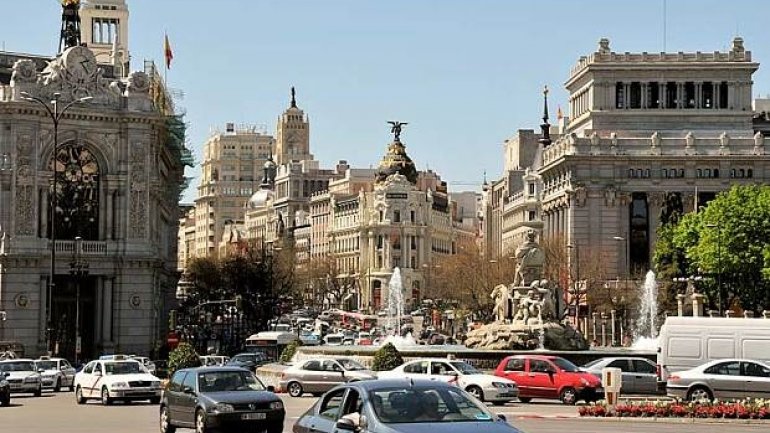 Madrid’s city council is on the verge of temporarily slashing the number of cars allowed into the city centre by half as the Spanish capital struggles with high levels of air pollution, reports The Guardian.

With levels of nitrogen dioxide rising above permitted levels, the city authorities have activated a series of anti-pollution measures, reducing the speed limit on the M30 orbital motorway around the centre and banning parking in the area for non-residents. Authorities are also urging people to use public transport wherever possible.

The boina, or beret, of smog that hovers over Madrid prompted the council to introduce a raft of strict traffic protocols last year. In mid-November 2015, nitrogen dioxide levels in the city centre reached almost double the World Health Organisation (WHO) guidelines.

On Tuesday, the council said that although the threshold had been met to enact a measure forbidding 50% of vehicles from entering the centre – those with number plates ending in even numbers allowed on even days and those ending in odd ones on odd days – the move would be suspended because many people were returning from the long All Saints’ Day bank holiday weekend.

Should nitrogen dioxide levels remain high on Wednesday, the council will bring in the odd/even ban in Madrid’s seven central districts. Emergency services vehicles are exempt from the ban, as, among others, are taxis, zero-emission cars, motorbikes and removal vans.

A number of cities have similar schemes. Last November, the mayor of Paris, Ann Hidalgo, won a fight with the French government to introduce emergency traffic bans during pollution spikes that would see alternate driving days based on number plates.

The city has banned old, more polluting cars registered before 1 January 1997 from the city’s streets from Monday to Friday, 8am to 8pm.

In March, the WHO warned that outdoor air pollution has risen 8% globally in the past five years, with billions of people around the world now exposed to dangerous air.

Outdoor air pollution causes more than 3m deaths a year – more than malaria and HIV/Aids – and is now the biggest single killer in the world.
The UN says air pollutants such as sulfates, nitrates and black carbon penetrate deep into the lungs and the the cardiovascular system, posing huge risks to human health. The toll of toxic air is expected to double as urban populations increase and the number of cars in the world reaches 2 billion by 2050.