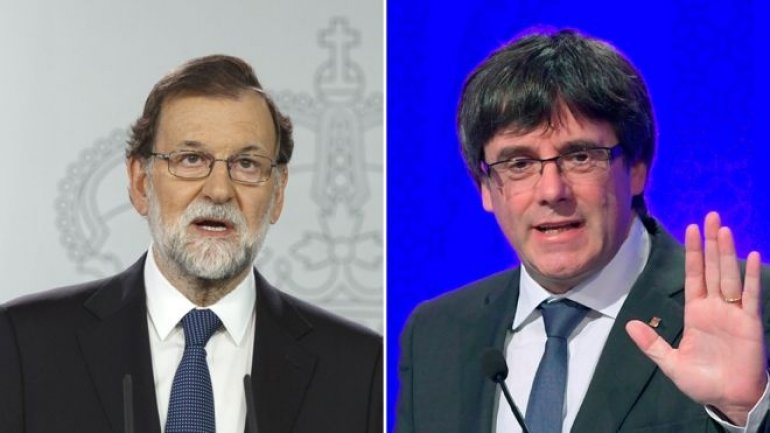 The Spanish government has rejected a statement of independence signed by Catalan leader Carles Puigdemont and dismissed calls for mediation.

Spain's deputy prime minister described Mr Puigdemont as someone "who does not know where he is, where he's going".

Prime Minister Mariano Rajoy is holding an emergency cabinet meeting to discuss the government's next steps.

Mr Puigdemont signed a declaration of independence on Tuesday, but halted implementation to allow negotiations.

There had been speculation that the Catalan president might declare independence and put the move into effect, plunging Spain into an even deeper political crisis.

Spain has been in turmoil since a disputed referendum on 1 October which was declared invalid by the country's Constitutional Court.

Addressing the Catalan parliament in Barcelona on Tuesday evening, Mr Puigdemont said the autonomous region had won the right to be independent as a result of the vote.

"We call on international states and organisations to recognise the Catalan republic as an independent and sovereign state," he said.

He said the "people's will" was to break away from Madrid, but he also said he wanted to "de-escalate" the tension around the issue.

"I propose suspending the effects of the declaration of independence to undertake talks in the coming weeks without which it is not possible to reach an agreed solution," Mr Puigdemont told MPs.